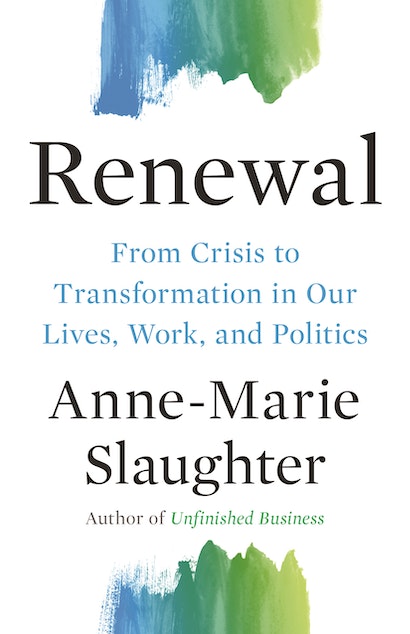 Renewal
Available in 3 editions
Buy This

President Biden’s response to the resurgence of the Taliban following the withdrawal of US troops from Afghanistan has left many people wondering what happened to America’s role as the international community’s moral authority. Still raw from four years of the Trump administration, American society remains deeply divided, economically, racially and ideologically. Many American people and institutions are confronting painful truths, being forced to let go of old beliefs and values that have sustained them for decades. As American politicians confront the unedifying reality of balancing domestic public opinion against long-term geopolitical implications and an immediate humanitarian crisis, what is the point of America now? Can the American people, and the nation as a whole, come to terms with its various crises and begin to work towards redemption, and renewal?

Anne-Marie Slaughter: The first woman to serve as director of policy planning for the United States Department of State under the Obama administration and Secretary of State Hillary Clinton. She is professor Emerita of Politics and International Affairs at Princeton University. Her books include Unfinished Business: Women Men Work Family and The Idea That Is America: Keeping Faith with Our Values in a Dangerous World. She lives in Princeton, New Jersey. Twitter @SlaughterAM

Like much of the world, America is deeply divided over identity, equality, and history. Renewal is Anne-Marie Slaughter’s candid and deeply personal account of how her own odyssey opened the door to an important new understanding of how we as individuals, organizations, and nations can move backward and forward at the same time, facing the past and embracing a new future.

Weaving together personal stories and reflections with insights from the latest research in the social sciences, Slaughter recounts a difficult time of self‐examination and growth in the wake of a crisis that changed the way she lives, leads, and learns. She connects her experience to our national crisis of identity and values as the country looks into a four-hundred-year-old mirror and tries to confront and accept its full reflection. The promise of the Declaration of Independence has been hollow for so many for so long. That reckoning is the necessary first step toward renewal. The lessons here are not just for America. Slaughter shows how renewal is possible for anyone who is willing to see themselves with new eyes and embrace radical honesty, risk, resilience, interdependence, grace, and vision.