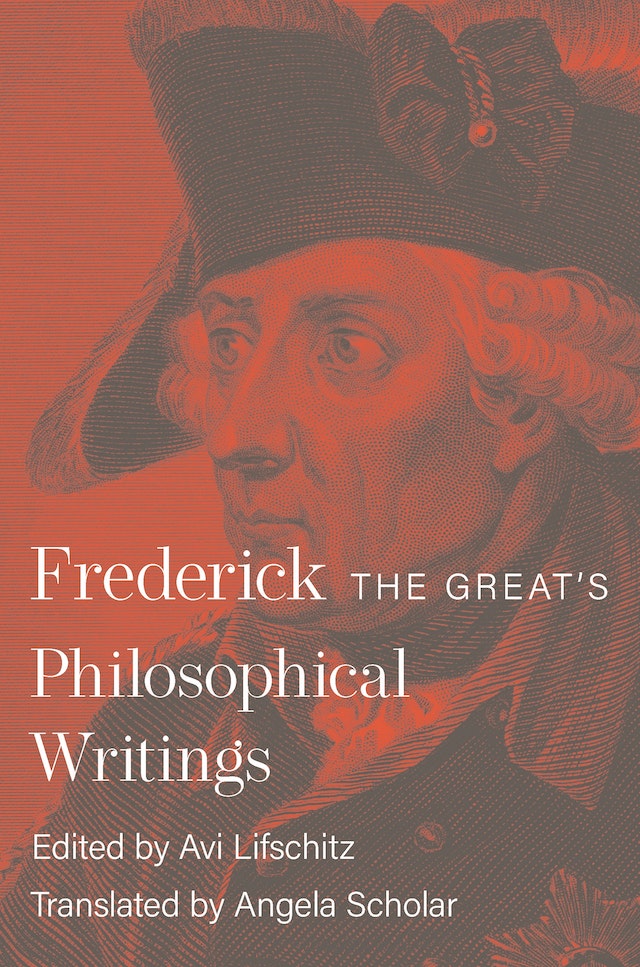 Frederick the Great's Philosophical Writings
Available in 2 editions
Buy This

The Enlightenment Workshop, Oxford’s interdisciplinary research seminar in Enlightenment studies, is dedicated this term to discussions of new publications in the field. Our third session concentrates on the 18th-century phenomenon of writing monarchs, with reference to new books edited by Oxford colleagues: Marie-Antoinette’s Lettres inédites, edited by Catriona Seth, the Marshal Foch Professor of French Literature, and Frederick the Great’s Philosophical Writings, edited by Avi Lifschitz, Associate Professor of History (translated by Angela Scholar). These new editions will be discussed by Tim Blanning, Professor emeritus of history at Cambridge, and Kelsey Rubin-Detlev, Assistant Professor of Slavic Languages and Literatures at the University of Southern California.

Avi Lifschitz is associate professor of European history at the University of Oxford, where he is fellow of Magdalen College. He is the author of Language and Enlightenment: The Berlin Debates of the Eighteenth Century and editor of Engaging with Rousseau. Twitter @Diderotesque