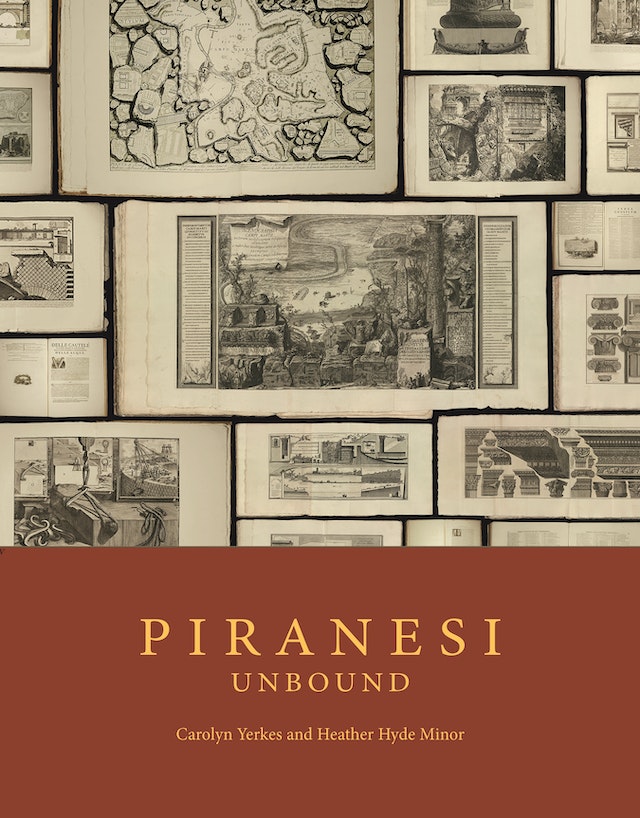 A draftsman, printmaker, architect, and archaeologist, Giovanni Battista Piranesi (1720–78) is best known today as the virtuoso etcher of the immersive and captivating Views of Rome and the darkly inventive Imaginary Prisons. Yet Carolyn Yerkes and Heather Hyde Minor argue that his single greatest art form—one that combined his obsessions most powerfully and that he pursued throughout his career—was the book. Piranesi Unbound provides a fundamental reinterpretation of Piranesi by recognizing him, first and foremost, as a writer, illustrator, printer, and publisher of books.

Featuring nearly two hundred of Piranesi’s engravings and drawings, including some that have never been published before, this visually stunning book returns Piranesi’s artworks to the context for which he originally produced them: a dozen volumes that combine text and image, archaeology and imagination, erudition and humor. Drawing on new research, Piranesi Unbound uncovers the social networks in which Piranesi published, including the readers who bought, read, and debated his books. It reveals his habit of raiding the wastepaper pile for cast-off sheets upon which to draw and fuse printed images and texts. It shows how, even after his books were bound, they were subject to change by Piranesi and others as pages were torn out and added.

The first major exploration of the lives of Piranesi’s books, Piranesi Unbound reimagines the full range of the artist’s creativity by showing how it is inextricably bound to his career as a maker of books.