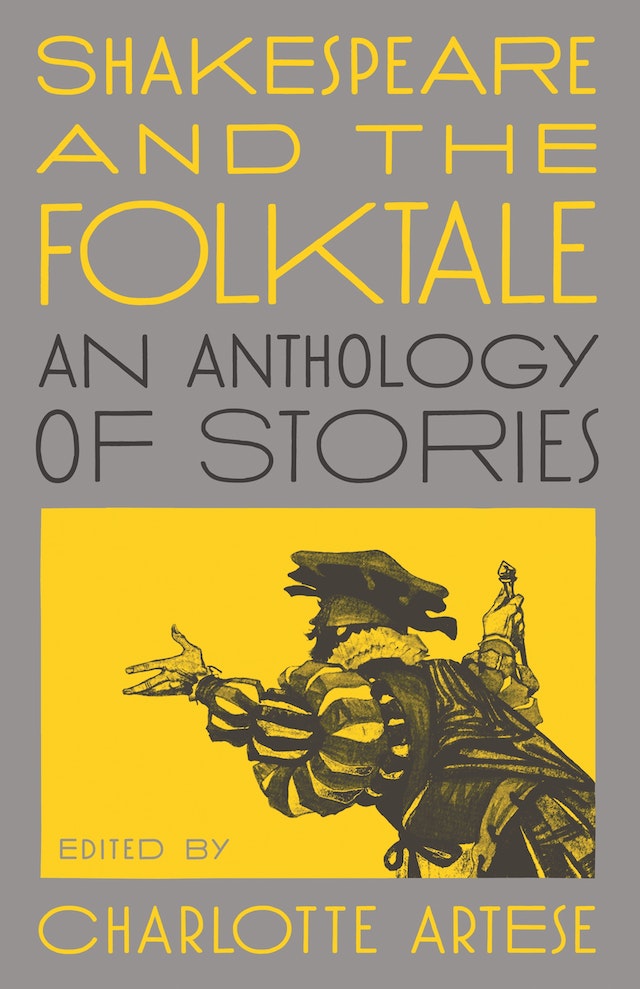 Shakespeare and the Folktale
Available in 3 editions
Buy This

Join Agnes Scott English Department professors Charlotte Artese and Robert Meyer-Lee, two preeminent literary scholars, in conversation with moderator James Diedrick—also a Professor of English at Agnes Scott College—as they grapple with the legacies and futures of reading two of the most well-known writers in the Western literary tradition: Shakespeare and Chaucer. Together, they will discuss canonicity, research, interdisciplinarity, and tradition, and their approaches continued engagement with these important authors. Presented by AJC Decatur Book Festival and Emory University, and sponsored by Agnes Scott College.

Shakespeare knew a good story when he heard one, and he wasn’t afraid to borrow from what he heard or read, especially traditional folktales. The Merchant of Venice, for example, draws from “A Pound of Flesh,” while King Lear begins in the same way as “Love Like Salt,” with a king asking his three daughters how much they love him, then banishing the youngest when her cryptic reply displeases him. This unique anthology presents more than forty versions of folktales related to eight Shakespeare plays: The Taming of the Shrew, The Comedy of Errors, Titus Andronicus, The Merchant of Venice, All’s Well That Ends Well, King Lear, Cymbeline, and The Tempest. These fascinating and diverse tales come from Europe, the Middle East, India, the Caribbean, and South America, and include stories by Gerald of Wales, Marie-Catherine d’Aulnoy, Jacob and Wilhelm Grimm, Giambattista Basile, J. M. Synge, Zora Neale Hurston, Italo Calvino, and many more. Organized by play, each chapter includes a brief introduction discussing the intriguing connections between the play and the gathered folktales. Shakespeare and the Folktale can be read for the pure pleasure these lively tales give as much as for the insight into Shakespeare’s plays they provide.