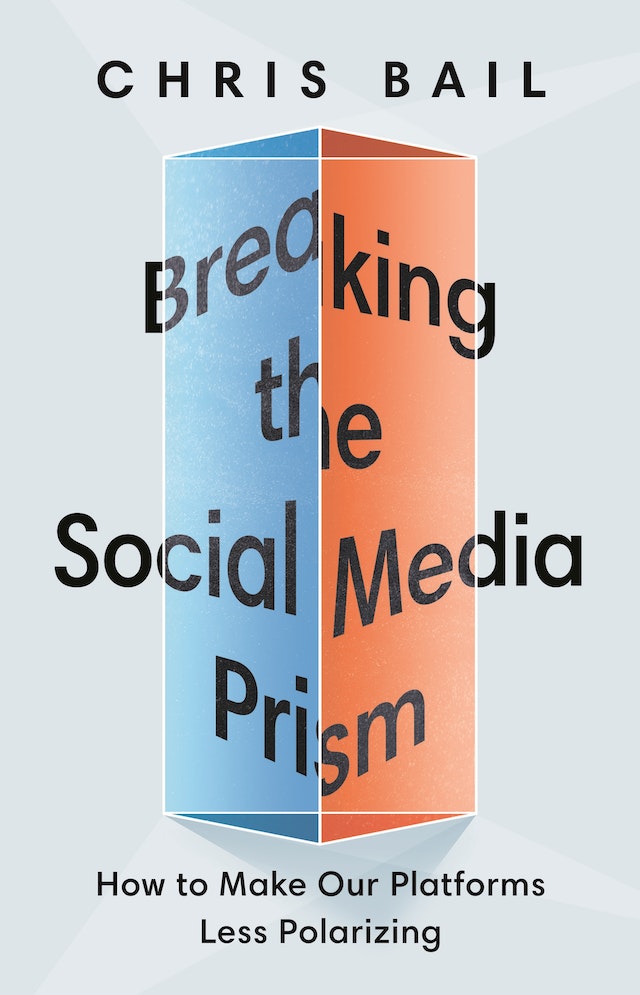 Breaking the Social Media Prism
Available in 2 editions
Buy This

Cosponsored by Goethe-Institut and Gray Area

In an era of increasing social isolation, platforms like Facebook and Twitter are among the most important tools we have to understand and interact with each other. Drawing on innovative online experiments and in-depth interviews with social media users from across the political spectrum, Breaking the Social Media Prism explains why stepping outside of our echo chambers can make us more polarized, not less. Bail takes you inside the minds of online extremists through vivid narratives that trace their lives on the platforms and off—detailing how they dominate public discourse at the expense of the moderate majority.

Wherever you stand on the spectrum of user behavior and political opinion, he offers fresh solutions to counter political tribalism from the bottom up and the top down. He introduces new tools and bots to help readers avoid misperceptions and engage in better conversations with the other side. Finally, he explores what the virtual public square might look like if we could hit and redesign social media from scratch through a first-of-its-kind experiment on a new social media platform built for scientific research.

Chris Bail is professor of sociology and public policy at Duke University, where he directs the Polarization Lab. He is the author of Terrified: How Anti-Muslim Fringe Organizations Became Mainstream (Princeton). His website is https://www.polarizationlab.com/. Twitter @chris_bail