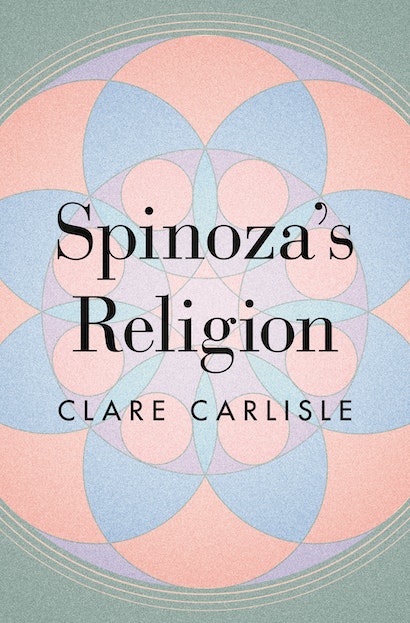 Join Clare Carlisle for an Author-Meets-Critics session on Spinoza’s Religion.

About the book: Spinoza is widely regarded as either a God-forsaking atheist or a God-intoxicated pantheist, but Clare Carlisle says that he was neither. In Spinoza’s Religion, she sets out a bold interpretation of Spinoza through a lucid new reading of his masterpiece, the Ethics. Putting the question of religion centre-stage but refusing to convert Spinozism to Christianity, Carlisle reveals that “being in God” unites Spinoza’s metaphysics and ethics. Spinoza’s Religion unfolds a powerful, inclusive philosophical vision for the modern age—one that is grounded in a profound questioning of how to live a joyful, fully human life.

FEATURING PRESENTATIONS BY:
Clare Carlisle, a Professor of Philosophy at King’s College London. Her research – on Kierkegaard, on Spinoza, on habit and practice, and on the philosophy of religious life – converges at the interface between philosophy, theology and literature.
Andrew Chignell, a Professor in the University Center for Human Values at Princeton University. His research focuses on Immanuel Kant and other early modern philosophers, as well as on philosophy of religion, the ethics of belief, and issues in aesthetics and moral psychology.
Julie Klein, an Associate Professor of Philosophy at Villanova University. Her areas of specialization include Early Modern Philosophy (Descartes and Spinoza), and Medieval Philosophy (Jewish, Islamic, and Christian).
Nancy Levene, a Professor of Religious Studies at Yale University. Her research and teaching center in Western modernity as it is conceived in various sources – philosophical, literary, theological, and political.
Steven Nadler, Vilas Research Professor and William H. Hay II Professor at the University of Wisconsin-Madison. His research focuses on philosophy in the seventeenth century. He has written extensively on Descartes and Cartesianism, Spinoza, and Leibniz.