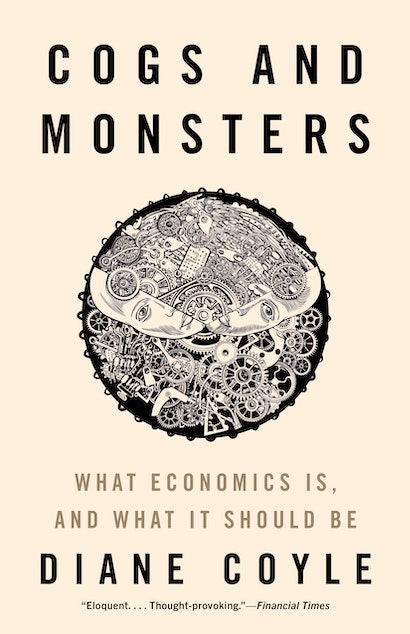 This exciting event brings together two innovative thinkers - economist Diane Coyle and journalist Rory Cellan-Jones - who will provide important insights into the impact of the digital economy, which is indelibly shaping our present and future.

Diane, author of Cogs and Monsters: What Economics Is, and What It Should Be, will discuss how economics needs to change to keep pace with the twenty-first century and the digital economy, while her husband, Rory, author of Always On: Hope and Fear in the Social Smartphone Era, will focus on how hyperconnectivity, the smartphone and social media have dramatically impacted everything, from our democracy to our employment and our health.

Diane and Rory will each give a brief talk about their respective book, which will be followed by a curated conversation and Q&A involving the audience.

This event will take place live on Zoom Webinar. You’ll receive a link to join a couple of days before the event takes place and a reminder an hour before. During the event, you can ask questions via a Q&A function, but audience cameras and microphones will remain muted throughout.

Professor Diane Coyle is the Bennett Professor of Public Policy at the University of Cambridge. Diane co-directs the Bennett Institute where she heads research under the themes of progress and productivity. Diane is also a Director of the Productivity Institute, a Fellow of the Office for National Statistics, an expert adviser to the National Infrastructure Commission and Senior Independent Member of the ESRC Council. She has served in public service roles including as Vice Chair of the BBC Trust, member of the Competition Commission, of the Migration Advisory Committee and of the Natural Capital Committee. Diane was Professor of Economics at the University of Manchester until March 2018 and was awarded a CBE for her contribution to the public understanding of economics in the 2018 New Year Honours. Twitter: @DianeCoyle1859

Rory Cellan-Jones was a reporter for the BBC for thirty years, covering business and technology stories for much of that time. At the beginning of 2007 he was appointed Technology Correspondent with a brief to expand the BBC’s coverage of the impact of the internet on business and society. His first big story was the unveiling of the iPhone by Steve Jobs in San Francisco. He covered technology for television, radio and the BBC website, blogged regularly, and built up a big presence on social media. In 2001 his first book ‘Dot Bomb’, a critically acclaimed account of Britain’s dot com bubble, was published. In 2014 he began presenting a new weekly programme, Tech Tent, on the BBC World Service. In 2021 ‘Always On: Hope and Fear in the Social Smartphone Era’ documented Rory’s experiences reporting on the smartphone era. It was described by Stephen Fry as ‘delightfully insightful and intensely readable’. In 2021 he was also made an Honorary Fellow of The National Museum of Computing in recognition of his services to technology education. Since leaving the BBC, Rory has become an independent technology consultant, writer and broadcaster. He has also started a newsletter about health tech, one of his major interests. He has been investigating, in particular, the role technology can play. Twitter: @ruskin147