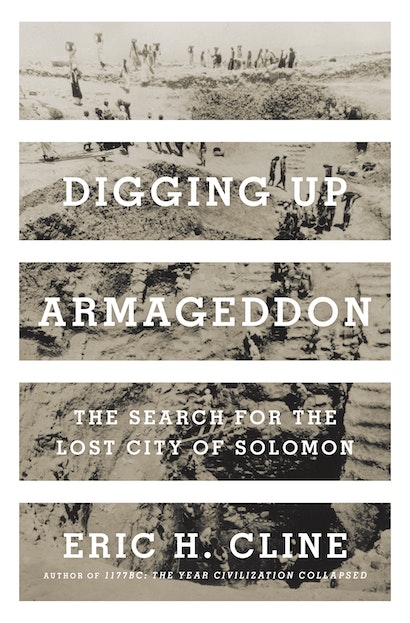 Digging Up Armageddon
Available in 3 editions
Buy This

The University of Chicago excavations at the ancient mound at Megiddo — biblical Armageddon — yielded stunning discoveries in the 1920s and 1930s that transformed our understanding of the ancient world. They unearthed biblical-era gates, palaces, stables, and temples, along with gold and ivory treasures, making international headlines in the process.

In this illustrated lecture, Professor Eric H. Cline, who himself excavated at Megiddo for twenty years, will draw on archival records left by the participants to present a portrait of a bygone age of archaeology.

He will set the expedition against the backdrop of the Great Depression and growing troubles and tensions in British Mandate Palestine, discussing the infighting that rocked the expedition, as well as the impact of their work on biblical archaeology as a whole.

Dr Cline is Professor of Classics and Anthropology and Director of the Capitol Archaeological Institute at The George Washington University. A National Geographic Explorer, Fulbright and Getty scholar, and NEH Public Scholar with degrees from Dartmouth, Yale, and the University of Pennsylvania, he is an active field archaeologist with more than 30 seasons of excavation and survey experience in Israel, Egypt, Jordan, Cyprus, Greece, Crete, and the United States. These include ten field seasons at Megiddo, and eight seasons at Tel Kabri in Israel, where he is currently Co-Director.

This online talk is free to members and non-members of the Society. Please confirm your attendance by sending an email to: secretary@aias.org.uk. A zoom link will be sent to you approximately 48 hours before the event.