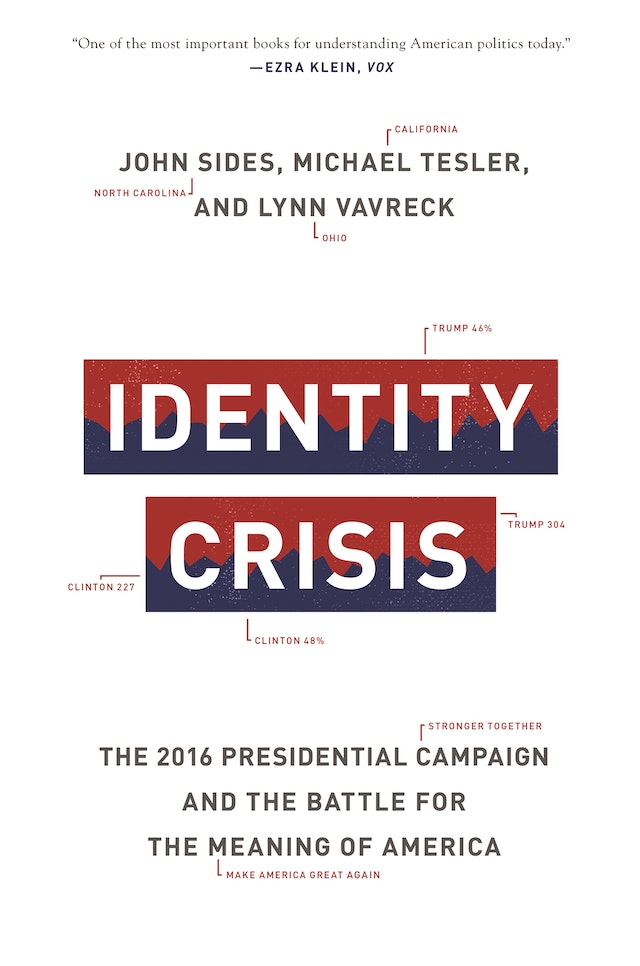 Ever since the election of Donald Trump in 2016, pundits have debated whether “economic anxiety” or “racial resentment” played a greater role in his victory. Political scientists John Sides and Michael Tesler, co-authors of Identity Crisis: The 2016 Presidential Campaign and the Battle for the Meaning of America (2018), have an empirical answer to that question.

Join Professor Sides and Professor Tesler in conversation with David Glasgow, Executive Director at the Center for Diversity, Inclusion, and Belonging, to discuss the demographic and identity drivers behind Trumpism, and the dynamics that will shape the 2020 presidential election.

Attendees of this event will be automatically entered into a raffle to win a copy of Identity Crisis, and will be notified after the event if they have been selected.

Donald Trump’s election victory resulted in one of the most unexpected presidencies in history. Identity Crisis provides the definitive account of the campaign that seemed to break all the political rules—but in fact didn’t. Featuring a new afterword by the authors that discusses the 2018 midterms and today’s emerging political trends, this compelling book describes how Trump’s victory was foreshadowed by changes in the Democratic and Republican coalitions that were driven by people’s racial and ethnic identities, and how the Trump campaign exacerbated these divisions by hammering away on race, immigration, and religion. The result was an epic battle not just for the White House but about what America should be.