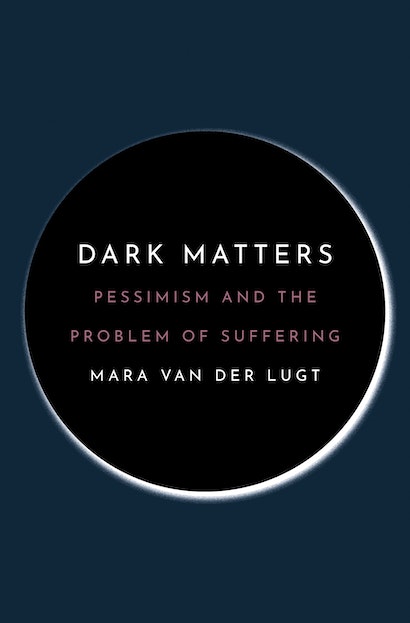 In the seventeenth and eighteenth centuries, philosophers engaged in heated debates on the question of how God could have allowed evil and suffering in a creation that is supposedly good. Dark Matters traces how the competing philosophical traditions of optimism and pessimism arose from early modern debates about the problem of evil, and makes a compelling case for the rediscovery of pessimism as a source for compassion, consolation, and perhaps even hope.

Bringing to life one of the most vibrant eras in the history of philosophy, Mara van der Lugt discusses legendary figures such as Leibniz, Hume, Voltaire, Rousseau, Kant, and Schopenhauer. She also introduces readers to less familiar names, such as Bayle, King, La Mettrie, and Maupertuis. Van der Lugt describes not only how the earliest optimists and pessimists were deeply concerned with finding an answer to the question of the value of existence that does justice to the reality of human suffering, but also how they were fundamentally divided over what such an answer should look like.

A breathtaking work of intellectual history by one of today’s leading scholars, Dark Matters reveals how the crucial moral aim of pessimism is to find a way of speaking about suffering that offers consolation and does justice to the fragility of life.

Mara van der Lugt is lecturer in philosophy at the University of St Andrews, where she specializes in early modern intellectual history and philosophy. Her new book Dark Matters: Pessimism and the Problem of Suffering is published in September by Princeton University Press.

Alexander Douglas is a lecturer in the School of Philosophical, Anthropological, and Film Studies at the University of St Andrews. He studies early modern rationalism, particularly various forms of Cartesianism and especially that of Spinoza. He is also interested in critiques of political economy and is the author of The Philosophy of Debt.
https://axdouglas.com / twitter.com/alexxdouglas