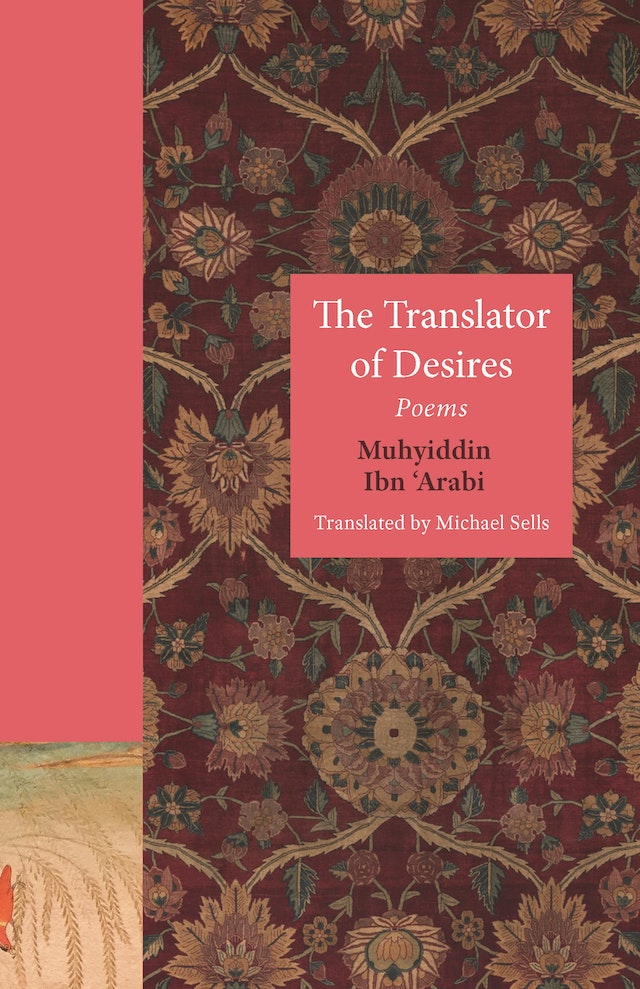 The Translator of Desires
Available in 3 editions
Buy This

Join the Yale Departments of Near Eastern Languages & Civilizations and Comparative Literature, the Whitney Humanities Center, and the Translation Initiative for a reading and discussion with Michael Sells of his new translation of Muhyiddin Ibn ‘Arabi’s The Translator of Desires, on Thursday, April 22, 2021 at 4:30 p.m. EDT, with Feisal G. Mohamed.

Michael Sells’s groundbreaking translations from classical and medieval Arabic include Desert Tracings: Six Classic Arabian Odes (1989) and Approaching the Qurʾan: The Early Revelations (2007). He has also edited The Cambridge History of Arabic Literature, al-Andalus (2000), Early Islamic Mysticism (1996), and The New Crusades: Constructing the Muslim Enemy (2004) and is the author of Mystical Languages of Unsaying (1994) and The Bridge Betrayed: Religion and Genocide in Bosnia (1996). He is the Barrows Professor Emeritus of the History and Literature of Islam and professor emeritus of comparative literature at the University of Chicago.

Feisal G. Mohamed is Professor of English at Yale. His most recent book, Sovereignty (Oxford UP, 2020), explores the emergence of modern ideas on sovereign power through the writings of Thomas Hobbes, John Milton, and Andrew Marvell, among others. He is also the author of, among many books, In the Anteroom of Divinity: The Reformation of the Angels from Colet to Milton.