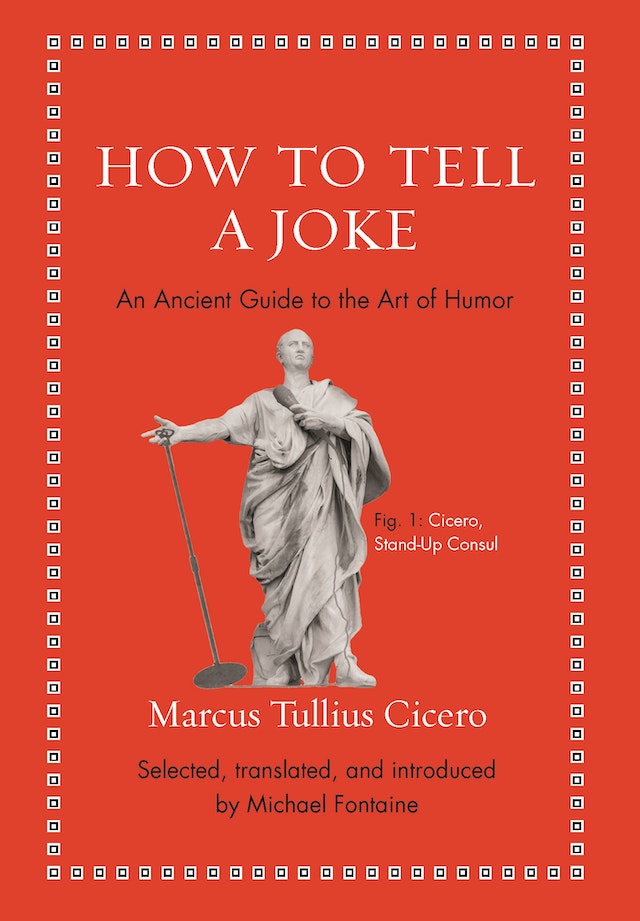 How to Tell a Joke
Available in 2 editions
Buy This

Cicero is a huge figure in the history of public speaking. The annual international prizes for speechwriting are called the Cicero awards. So who was Cicero? And why is he given such prominence?

More importantly: is he still worth reading? Which books really matter? Why was Cicero such an important figure in education until the beginning of the 19th century, and why did he fall out of favour? Do speechwriters still need to learn Latin?

If you don’t know anything about Cicero this is a great place to start.

Speechwriter, Brian Jenner, will interview Classical scholar Michael Fontaine, based at Cornell University in New York, about who Cicero was and what his exact contribution to the theory of rhetoric was.

The conversation will focus a lot on humour – because Michael has just published a new translation of two extracts from longer works on rhetoric.

The two extracts are from Cicero’s On the Ideal Orator and Quintilian’s The Education of the Orator. They both cover the subject of using humour in speeches.

This is an online conversation open to everyone.

Michael Fontaine is professor of classics at Cornell University. His books include How to Drink: A Classical Guide to the Art of Imbibing (Princeton) and The Oxford Handbook of Greek and Roman Comedy.