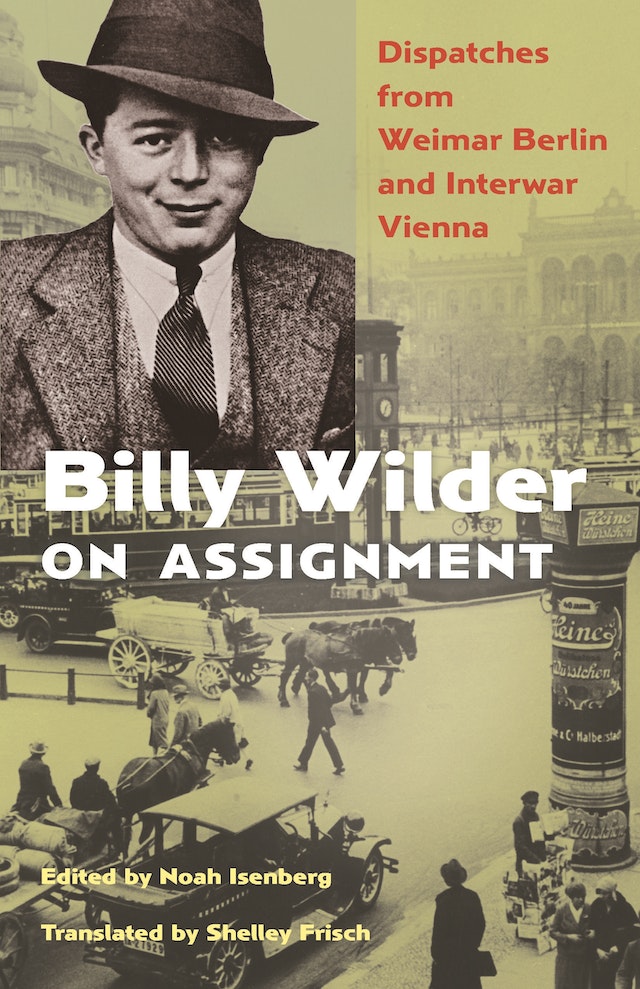 Before Billy Wilder became the screenwriter and director of iconic films like Sunset Boulevard and Some Like It Hot, he worked as a freelance reporter, first in Vienna and then in Weimar Berlin. Billy Wilder on Assignment brings together more than fifty articles, translated into English for the first time, that Wilder (then known as Billie) published in magazines and newspapers between September 1925 and November 1930. From a humorous account of Wilder’s stint as a hired dancing companion in a posh Berlin hotel and his dispatches from the international film scene, to his astute profiles of writers, performers, and political figures, the collection offers fresh insights into the creative mind of one of Hollywood’s most revered writer-directors.

Filled with rich reportage and personal musings, Billy Wilder on Assignment showcases the burgeoning voice of a young journalist who would go on to become a great auteur. (Princeton University Press)