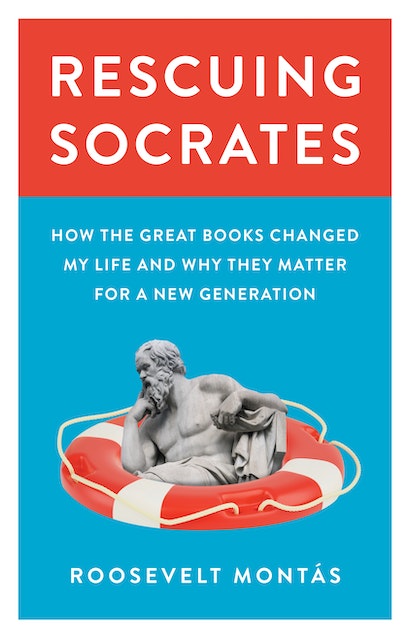 Join us for a virtual conversation with Roosevelt Montás to discuss how a classical, liberal education is still spreading, both in-person and over the internet, to people of all backgrounds throughout the world, and how, even though currently out of favor academically in America, it is still transforming millions of lives. Montás weaves together memoir, literary reflection and the impact that reading Plato, Augustine, Freud and Gandhi has had on his life.

Rescuing Socrates describes Montás’s emigration from the Dominican Republic to Queens, New York, when he was 12, and his discovery of the classics as an undergraduate at Columbia University. After graduating, he stayed at Columbia, earning a Ph.D. in English and Comparative Literature, serving as director of Columbia’s Center for the Core Curriculum, and starting a Great Books program for low-income high school students who aspire to be the first in their families to attend college.