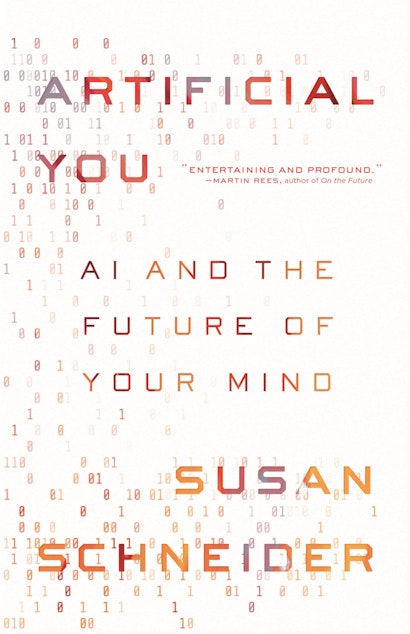 Humans may not be Earth’s most intelligent beings for much longer: the world champions of chess, Go, and Jeopardy! are now all AIs. Given the rapid pace of progress in AI, many predict that it could advance to human-level intelligence within the next several decades. From there, it could quickly outpace human intelligence. What do these developments mean for the future of the mind?

In Artificial You, Susan Schneider says that it is inevitable that AI will take intelligence in new directions, but urges that it is up to us to carve out a sensible path forward. As AI technology turns inward, reshaping the brain, as well as outward, potentially creating machine minds, it is crucial to beware. Homo sapiens, as mind designers, will be playing with “tools” they do not understand how to use: the self, the mind, and consciousness. Schneider argues that an insufficient grasp of the nature of these entities could undermine the use of AI and brain enhancement technology, bringing about the demise or suffering of conscious beings. To flourish, we must grasp the philosophical issues lying beneath the algorithms.

At the heart of her exploration is a sober-minded discussion of what AI can truly achieve: Can robots really be conscious? Can we merge with AI, as tech leaders like Elon Musk and Ray Kurzweil suggest? Is the mind just a program? Examining these thorny issues, Schneider proposes ways we can test for machine consciousness, questions whether consciousness is an unavoidable byproduct of sophisticated intelligence, and considers the overall dangers of creating machine minds.