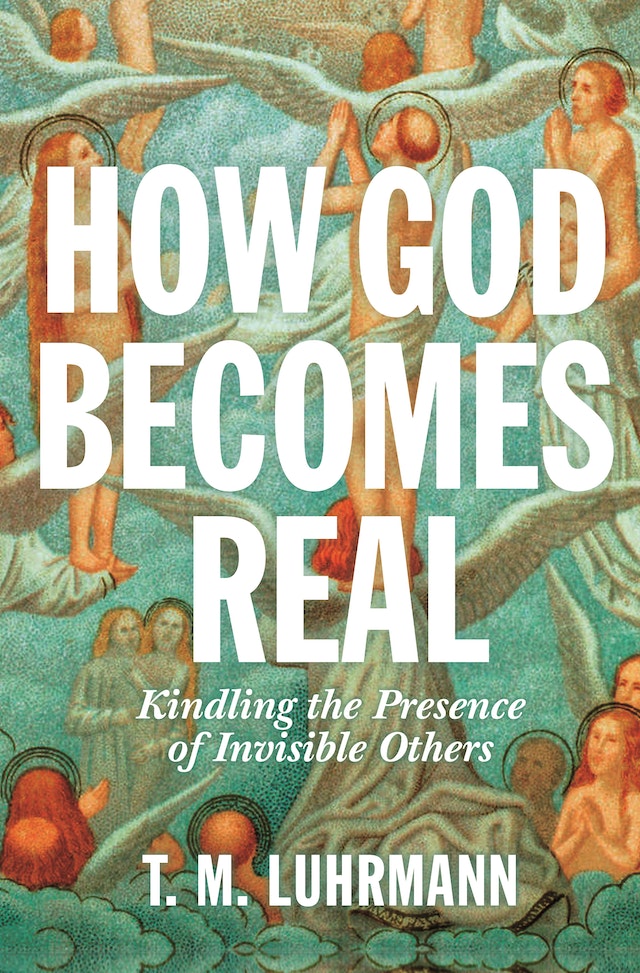 How God Becomes Real
Available in 2 editions
Buy This

How do gods and spirits come to feel vividly real to people—as if they were standing right next to them? Humans tend to see supernatural agents everywhere, as the cognitive science of religion has shown. But it isn’t easy to maintain a sense that there are invisible spirits who care about you. In How God Becomes Real, acclaimed anthropologist and scholar of religion T. M. Luhrmann argues that people must work incredibly hard to make gods real and that this effort—by changing the people who do it and giving them the benefits they seek from invisible others—helps to explain the enduring power of faith.

Drawing on ethnographic studies of evangelical Christians, pagans, magicians, Zoroastrians, Black Catholics, Santeria initiates, and newly orthodox Jews, Luhrmann notes that none of these people behave as if gods and spirits are simply there. Rather, these worshippers make strenuous efforts to create a world in which invisible others matter and can become intensely present and real. The faithful accomplish this through detailed stories, absorption, the cultivation of inner senses, belief in a porous mind, strong sensory experiences, prayer, and other practices. Along the way, Luhrmann shows why faith is harder than belief, why prayer is a metacognitive activity like therapy, why becoming religious is like getting engrossed in a book, and much more.

A fascinating account of why religious practices are more powerful than religious beliefs, How God Becomes Real suggests that faith is resilient not because it provides intuitions about gods and spirits—but because it changes the faithful in profound ways.

Tanya Marie Luhrmann is the Watkins University Professor at Stanford University, where she teaches anthropology and psychology. Her books include When God Talks Back: Understanding the American Evangelical Relationship with God (Knopf). She has written for the New York Times, and her work has been featured in the New Yorker and other magazines. She lives in Stanford, California.