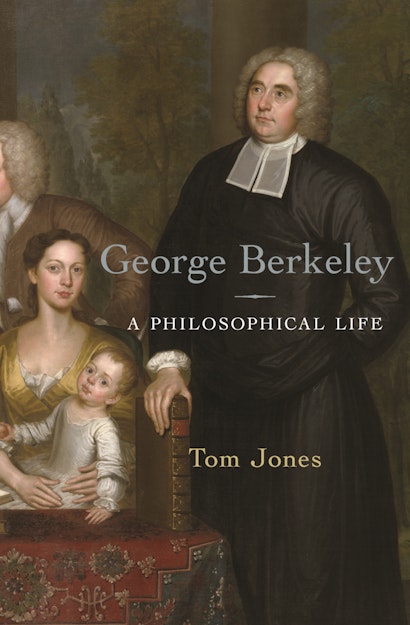 May 2021 marks the publication of a major new intellectual biography of Bishop George Berkeley by Tom Jones (University of St Andrews), George Berkeley: A Philosophical Life (Princeton University Press, 2021). Trinity Long Room Hub is pleased to host a conversation with Dr Jones that will centre on Berkeley’s life, connections to Trinity and Ireland, and his relationship to colonialism as he moved between the ‘new’ world and the ‘old’. The event is free and all are welcome.

In George Berkeley: A Philosophical Life, Tom Jones provides a comprehensive account of the life and work of the preeminent Irish philosopher of the Enlightenment. From his early brilliance as a student and fellow at Trinity College Dublin to his later years as Bishop of Cloyne, Berkeley brought his searching and powerful intellect to bear on the full range of eighteenth-century thought and experience.

Jones brings vividly to life the complexities and contradictions of Berkeley’s life and ideas. He advanced a radical immaterialism, holding that the only reality was minds, their thoughts, and their perceptions, without any physical substance underlying them. But he put forward this counterintuitive philosophy in support of the existence and ultimate sovereignty of God. Berkeley was an energetic social reformer, deeply interested in educational and economic improvement, including for the indigenous peoples of North America, yet he believed strongly in obedience to hierarchy and defended slavery. And although he spent much of his life in Ireland, he followed his time at Trinity with years of travel that took him to London, Italy, and New England, where he spent two years trying to establish a university for Bermuda, before returning to Ireland to take up an Anglican bishopric in a predominantly Catholic country.

Jones draws on the full range of Berkeley’s writings, from philosophical treatises to personal letters and journals, to probe the deep connections between his life and work. The result is a richly detailed and rounded portrait of a major Enlightenment thinker and the world in which he lived.

Tom Jones is Reader in the School of English at the University of St Andrews. His books include Pope and Berkeley: The Language of Poetry and Philosophy and an edition of Pope’s Essay on Man (Princeton). He lives in Dundee, Scotland.