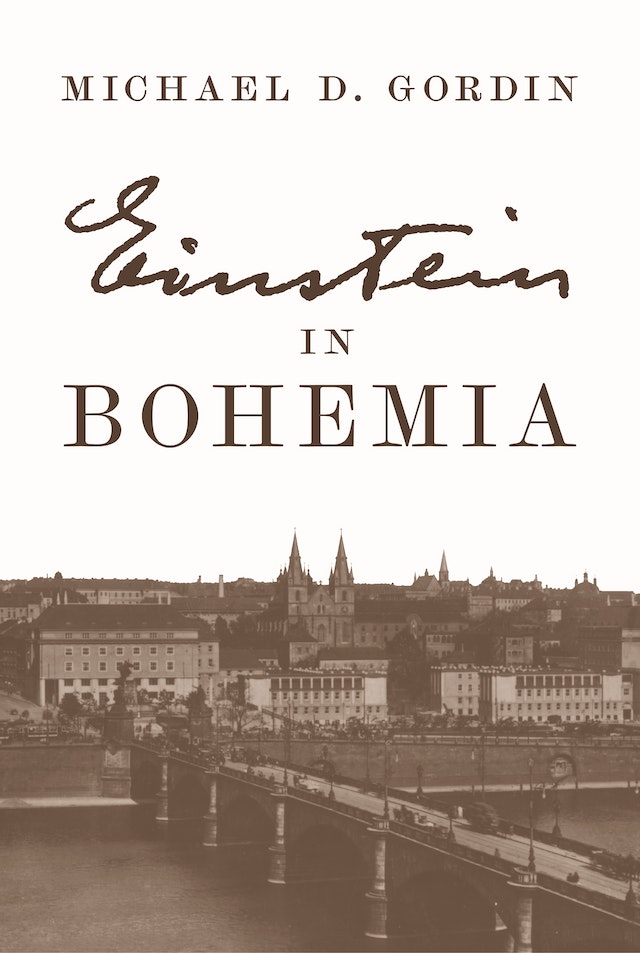 Einstein in Bohemia
Available in 2 editions
Buy This

In the spring of 1911, Albert Einstein moved with his wife and two sons to Prague, the capital of Bohemia, where he accepted a post as a professor of theoretical physics.

Though he intended to make Prague his home, he lived there for just sixteen months, an interlude that his biographies typically dismiss as a brief and inconsequential episode.

It was here that his marriage unraveled, where he first began thinking seriously about his Jewish identity, and where he embarked on the project of general relativity. Prague was also where he formed lasting friendships with novelist Max Brod, Zionist intellectual Hugo Bergmann, physicist Philipp Frank, and other important figures.

Join Gail Saltz and author of Einstein in Bohemia, Michael Gordin in investigating this important time in the life of this gifted young scientist who left his mark on the science, literature, and politics of Prague.

A book signing follows the event.

Michael D. Gordin is the Rosengarten Professor of Modern and Contemporary History at Princeton University. His books include A Well-Ordered Thing: Dmitrii Mendeleev and the Shadow of the Periodic Table and Five Days in August: How World War II Became a Nuclear War (both Princeton). He lives in Princeton, New Jersey. Twitter @GordinMichael