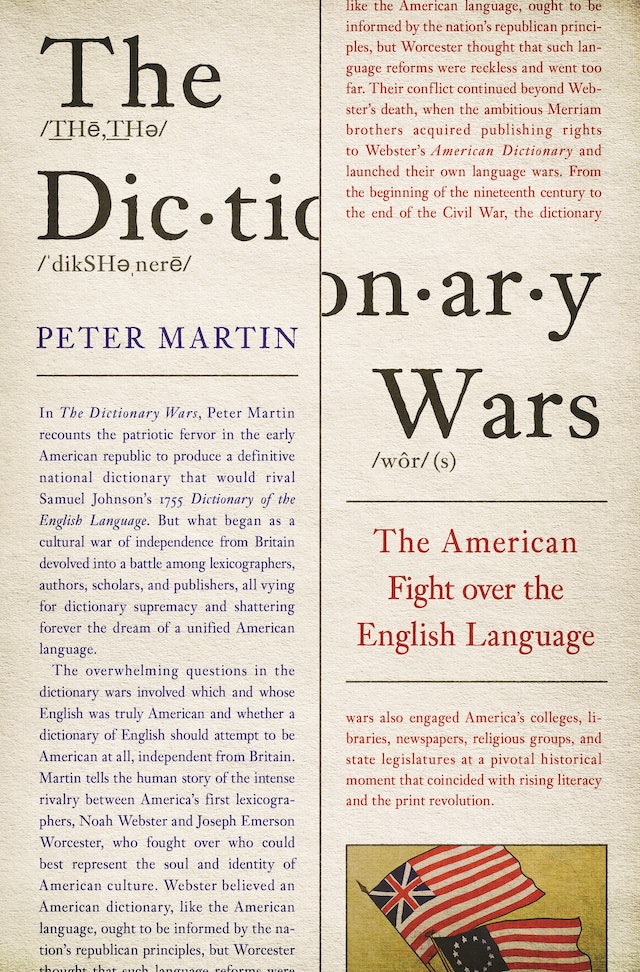 The Dictionary Wars
Available in 3 editions
Buy This

Peter Martin author of ‘The Dictionary Wars’ will speak about how it came about that Noah Webster engaged in considerable conflict during the early years of American nationhood regarding dictionaries and the English (American) language. Webster’s “wars” against just about everybody also involved the British, who fought back disdainfully. His proposed reforms of the English language infuriated both the British and Americans and subjected him to harsh criticism, even ridicule, throughout his life. He had strong and superior competition regarding the writing of dictionaries and his work was subjected to extensive revision that continued well after he died.

Peter will talk bout the effects of all this on the American language and why, perhaps surprisingly, Webster is still something of an icon in American culture in spite of being outclassed by his rivals and the disappearance of much of his work.

Peter Martin is the author of numerous books, including the acclaimed biographies Samuel Johnson and A Life of James Boswell. He has taught English literature in the United States and England and divides his time between West Sussex, England, and Spain.