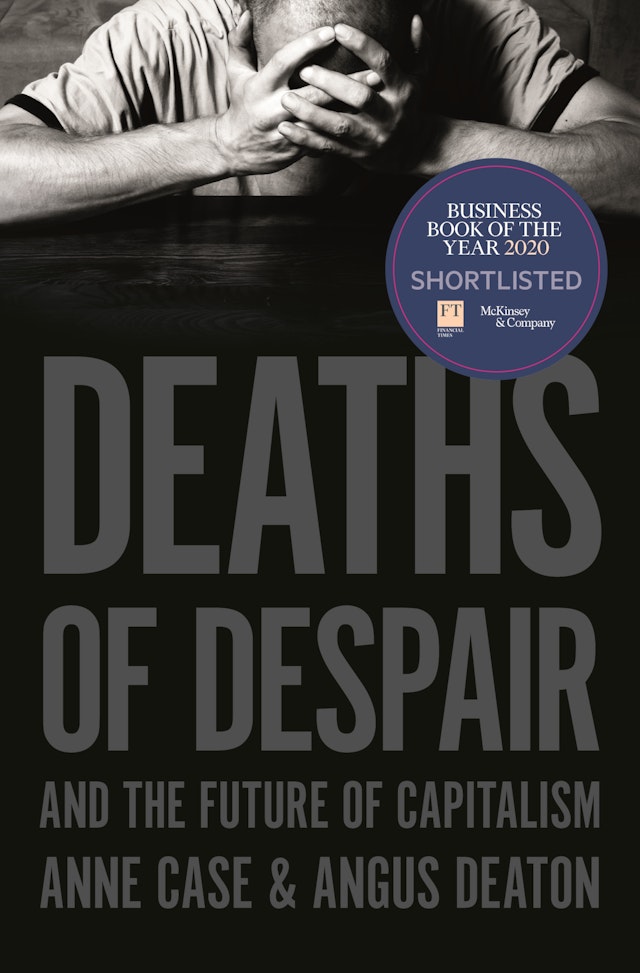 “Deaths of Despair and the Future of Capitalism” from economist Anne Case and Nobel Prize winner Angus Deaton, examines why life expectancy in the United States has recently fallen for an unprecedented three years in a row. In the past two decades, deaths of despair from suicide, drug overdose, and alcoholism have risen dramatically, and now claim more than 150,000 American lives each year. They explain the overwhelming surge in these deaths and shed light on the social and economic forces that are making life harder for the working class. They demonstrate why, for those who used to prosper in America, capitalism is no longer delivering.

For the white working class, today’s America has become a land of broken families and few prospects. As the college educated become healthier and wealthier, adults without a degree are literally dying from pain and despair.

Case and Deaton tie the crisis to the weakening position of labor, the growing power of corporations, and, above all, to a health-care sector that redistributes working-class wages into the pockets of the wealthy. They conclude that capitalism, which over two centuries lifted countless people out of poverty, is now destroying the lives of blue-collar America. They chart a way forward, providing solutions that can make capitalism work for everyone.

Use code CD-FG for 30% off Deaths of Despair and the Future of Capitalism and free shipping until 8/14/20.