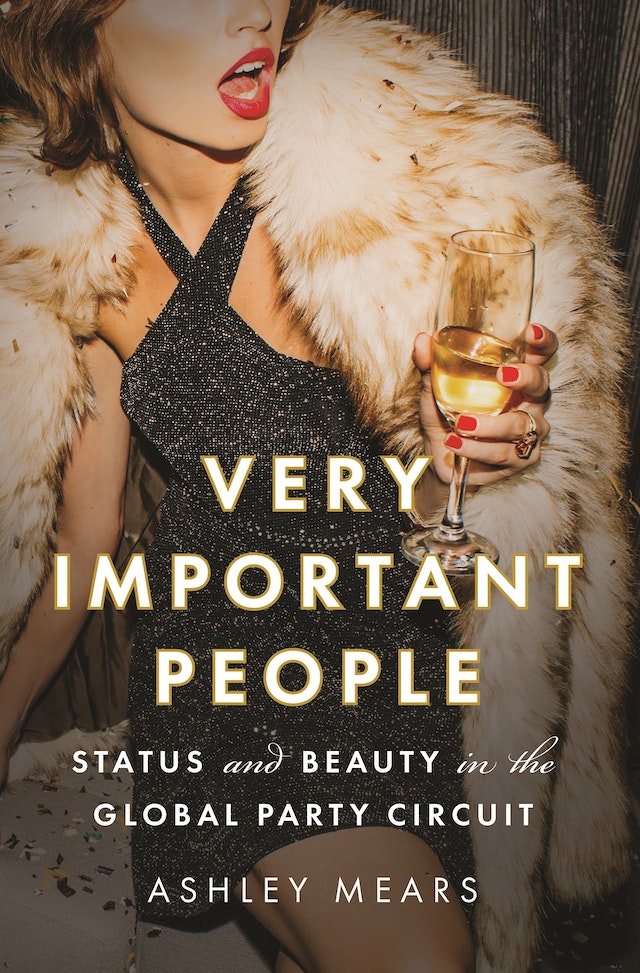 Join Ashley Mears to launch her book, Very Important People: Status and Beauty in the Global Party Circuit. The event will include an introduction by Viviana Zelizer (Princeton), commentaries by panelists David Grazian (Penn) and Rhacel Parreñas (USC), and a Q&A from the audience. Julian Go (BU) will serve as moderator. To attend, please register at the link and you will later receive the Zoom address.

Million-dollar birthday parties, megayachts on the French Riviera, and $40,000 bottles of champagne. In today’s New Gilded Age, the world’s moneyed classes have taken conspicuous consumption to new extremes. In Very Important People, sociologist, author, and former fashion model Ashley Mears takes readers inside the exclusive global nightclub and party circuit—from New York City and the Hamptons to Miami and Saint-Tropez—to reveal the intricate economy of beauty, status, and money that lies behind these spectacular displays of wealth and leisure.

Mears spent eighteen months in this world of “models and bottles” to write this captivating, sometimes funny, sometimes heartbreaking narrative. She describes how clubs and restaurants pay promoters to recruit beautiful young women to their venues in order to attract men and get them to spend huge sums in the ritual of bottle service. These “girls” enhance the status of the men and enrich club owners, exchanging their bodily capital for as little as free drinks and a chance to party with men who are rich or aspire to be. Though they are priceless assets in the party circuit, these women are regarded as worthless as long-term relationship prospects, and their bodies are constantly assessed against men’s money.

A story of extreme gender inequality in a seductive world, Very Important People unveils troubling realities behind moneyed leisure in an age of record economic disparity.