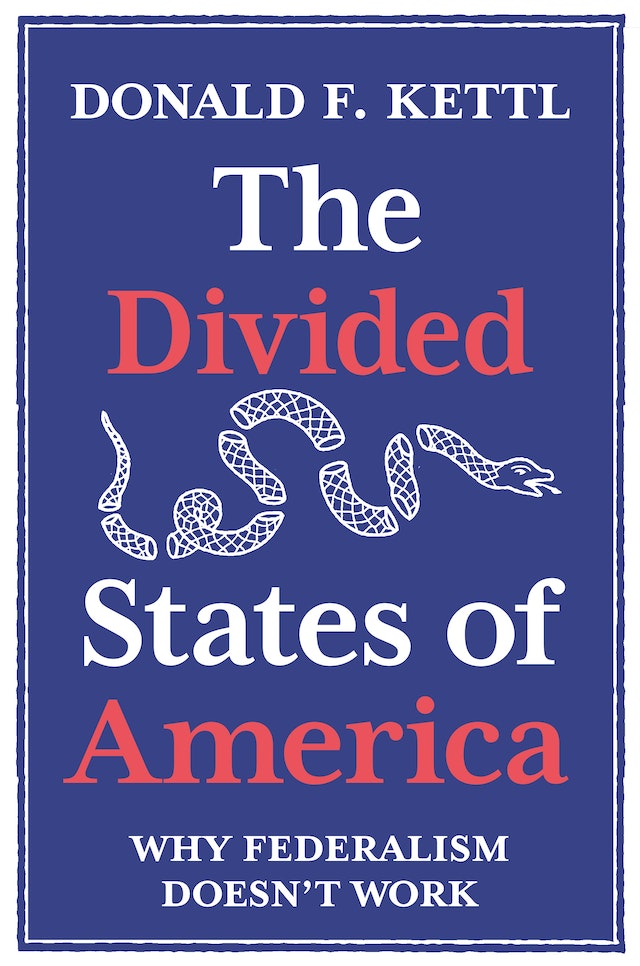 The Divided States of America
Available in 2 editions
Buy This

Federalism was James Madison’s great invention. An innovative system of power sharing that balanced national and state interests, federalism was the pragmatic compromise that brought the colonies together to form the United States. Yet, even beyond the question of slavery, inequality was built into the system because federalism by its very nature meant that many aspects of an American’s life depended on where they lived. Over time, these inequalities have created vast divisions between the states and made federalism fundamentally unstable. In The Divided States of America, Donald Kettl chronicles the history of a political system that once united the nation—and now threatens to break it apart.

Exploring the full sweep of federalism from the founding to today, Kettl focuses on pivotal moments when power has shifted between state and national governments—from the violent rebalancing of the Civil War, when the nation almost split in two, to the era of civil rights a century later, when there was apparent agreement that inequality was a threat to liberty and the federal government should set policies for states to enact. Despite this consensus, inequality between states has only deepened since that moment. From health care and infrastructure to education and the environment, the quality of public services is ever more uneven. Having revealed the shortcomings of Madison’s marvel, Kettl points to possible solutions in the writings of another founder: Alexander Hamilton.

Making an urgent case for reforming federalism, The Divided States of America shows why we must—and how we can—address the crisis of American inequality.

Want a discount on purchasing this book? Click here and enter code DS-FG for 30 percent off and free shipping on the Princeton website until 9/30/20!