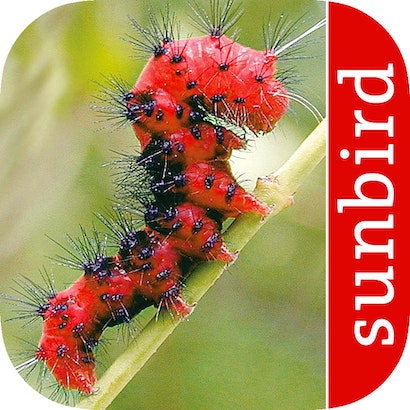 Based on David Wagner’s renowned Princeton field guide, Caterpillars of Eastern North America, this exciting new app is the ultimate digital pocket guide for quickly and easily identifying the most common native caterpillar species in eastern North America—and for keeping a personalized log of your sightings! Covering 576 species and featuring more than 1,200 superb color images, the app is also useful for identifying caterpillars in the whole of southern Canada, parts of the Pacific Northwest, and, at a generic level, in most of the United States west of the Mississippi.

Focusing on the larger, commonly encountered caterpillars that are most popular with gardeners, naturalists, and children, the app is designed to be enjoyed by nature lovers, hikers, and families, as well as by field biologists, zoologists, and other professionals.

Each of the 576 species is illustrated with one to four photos, with most of the main pictures showing the full-grown caterpillar, and other photos showing color variations and, for 383 species, the adult butterfly or moth as well. An abundance of information is given for each species, including taxonomy, description, occurrence, food, and additional interesting facts. All species are listed by their scientific and common names and can easily be compared by browsing according to their taxonomic classification.

A simple identification key narrows down potential species and consists of a choice of nine major morphological traits, including forty-two subtraits, ranging from color combinations to body features, such as tails, knobs, and hair.

Once you download the app, no internet connection is needed—just get the app and get started!

Compatible with Apple iPhones and iPads running iOS 11 or later and with Android phones and tablets running OS 6.0 or later. 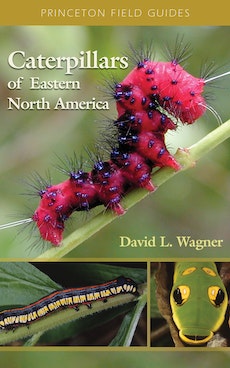