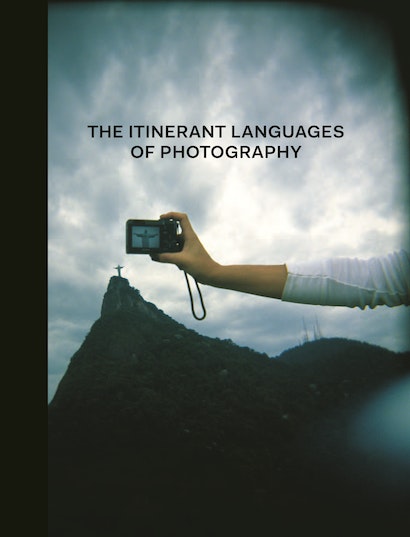 While photographs have been exchanged, appropriated, and mobilized in different contexts since the 19th century, their movement is now occurring at an unprecedented speed. The Itinerant Languages of Photography examines photography’s capacity to circulate across time and space as well as across other media, such as art, literature, and cinema. Taking its point of departure from Latin American and Spanish photographic archives, the volume offers an alternative history of photography by focusing on the transnational dimension of technological traffic and image production at a time when photography is at the center of current debates on the role of representation, authorship, and reception in a global contemporary culture.

Featuring a wide-range of photographs—images that converse across temporal, political, and cultural boundaries by artists such as Lola and Manuel Alvarez Bravo, Henri Cartier-Bresson, Marcelo Brodsky, Joan Colom, Marc Ferrez, and Joan Fontcuberta—the book argues that the photographic image comes into being only as a consequence of reproduction, displacement, and itinerancy.

Eduardo L. Cadava is professor of English and Gabriela Nouzeilles is professor and chair of the department of Spanish and Portuguese, both at Princeton University.

"A comprehensive, multidimensional look at photography’s peripatetic nature, through seven concise essays in the first half, followed by four sections of stunning, full-page images illustrating photography’s itinerancy in relation to archives. . . . Emphasizing both individual and collective emotions, with precise and stirring essays about the social, political, and historical implications of photography, this essential book will change the way we interact with images, and with each another."—Publishers Weekly