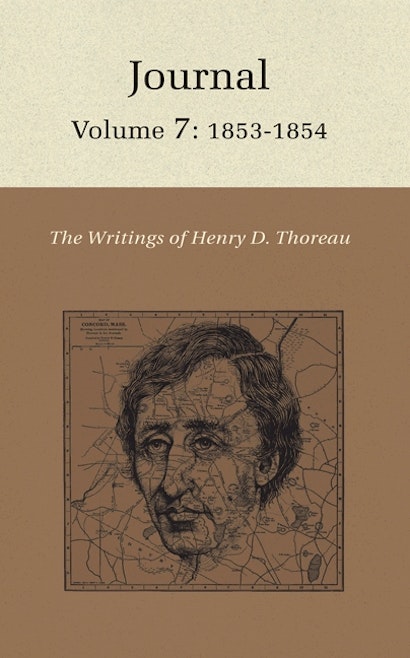 From 1837 to 1861, Henry D. Thoreau kept a Journal that would become the principal imaginative work of his career. The source of much of his published writing, the Journal is also a record of his interior life and of his monumental studies of the natural history of his native Concord, Massachusetts. Unlike earlier editions, the Princeton edition reproduces Thoreau’s Journal in its original and complete form, in a text free of editorial interpolations and keyed to a comprehensive scholarly apparatus.


This seventh volume of the Journal is edited from the 454-page manuscript that Thoreau kept from August 19, 1853, through February 12, 1854. During the six months covered here, Thoreau continued to add to his store of observations about local animals, plants, and weather. Most of the Journal is dedicated to describing natural phenomena, such as changes in leaf color and the ripening of berries, in the context of seasonal cycles. His observations create a detailed portrait of Concord and the surrounding areas that will be of interest to ecologists and others who study phenological patterns and variations. In addition, Thoreau integrates these observations with ethical reflections about living in harmony with nature, following the model of the Roman agricultural writers. The volume also includes Thoreau’s account of a September 1853 trip to the Maine woods that appeared in 1858 as “Chesuncook”; the draft is published here for the first time.