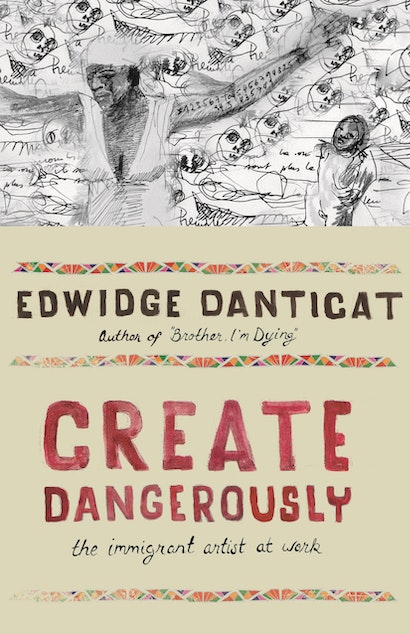 “Create dangerously, for people who read dangerously. This is what I’ve always thought it meant to be a writer. Writing, knowing in part that no matter how trivial your words may seem, someday, somewhere, someone may risk his or her life to read them.”—Create Dangerously

In this deeply personal book, the celebrated Haitian-American writer Edwidge Danticat reflects on art and exile, examining what it means to be an immigrant artist from a country in crisis. Inspired by Albert Camus’ lecture, “Create Dangerously,” and combining memoir and essay, Danticat tells the stories of artists, including herself, who create despite, or because of, the horrors that drove them from their homelands and that continue to haunt them. Danticat eulogizes an aunt who guarded her family’s homestead in the Haitian countryside, a cousin who died of AIDS while living in Miami as an undocumented alien, and a renowned Haitian radio journalist whose political assassination shocked the world. Danticat writes about the Haitian novelists she first read as a girl at the Brooklyn Public Library, a woman mutilated in a machete attack who became a public witness against torture, and the work of Jean-Michel Basquiat and other artists of Haitian descent. Danticat also suggests that the aftermaths of natural disasters in Haiti and the United States reveal that the countries are not as different as many Americans might like to believe.

Create Dangerously is an eloquent and moving expression of Danticat’s belief that immigrant artists are obliged to bear witness when their countries of origin are suffering from violence, oppression, poverty, and tragedy.

Edwidge Danticat was born in Haiti in 1969 and moved to the United States when she was twelve. She is the author of two novels, two collections of stories, two books for young adults, and two nonfiction books, one of which, Brother, I'm Dying, was a finalist for the National Book Award and winner of the National Book Critics Circle Award for autobiography. In 2009, she received a MacArthur Fellowship. 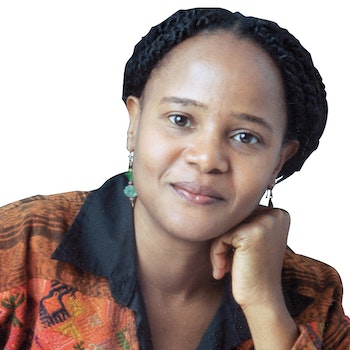 "Danticat is at her best when writing from inside Haiti. . . . As [her] recollections show, her singular achievement is not to have remade the actual Haiti, but to have recreated it. She has wound the fabric of Haitian life into her work and made it accessible to a wide audience of Americans and other outsiders. . . . Danticat's tender new book about loss and the unquenchable passion for homeland makes us remember the powerful material from which most fiction is wrought: it comes from childhood, and place. No matter her geographic and temporal distance from these, Danticat writes about them with the immediacy of love."—Amy Wilentz, New York Times Book Review

"[Danticat's] mission as a writer has been to speak from the diaspora for Haiti's disfranchised and silenced. . . . That responsibility weighs heavily in these essays, which dwell on her personal sorrows as much as those of the Haitian masses. . . . Her unlettered Haitian relatives call her a jounalis, a journalist writing with a purpose. She doesn't let them down."—Amanda Heller, Boston Globe

"Whether the topic is Haiti's war of independence, 9/11, the artist, musician and actor Jean-Michel Basquiat, the January earthquake and its aftermath, Danticat writes with a compassionate insight but without a trace of sentimentality. Her prose is energetic, her vision is clear, the tragedies seemingly speaking for themselves."—Betsy Willeford, Miami Herald

"What is best in this collection are the vivid portraits of the author's childhood in Haiti (and then as a book-obsessed teenager visiting the library in Brooklyn), intermingled with return journeys to visit relatives, collect sacks of coffee and observe the nation changing. There are sharp thoughts on Basquiat, Hurricane Katrina and the 2010 Haitian earthquake."—Steven Poole, Guardian

"A lean collection of jaw-breaking horrors side by side with luminous insights. . . . In Danticat's many remarkable stories and pensées from the gut, one locates the inimitable power of truth. Authorship becomes an act of subversion when one's words might be read and acted on by someone risking his or her life if only to read them."—Publishers Weekly

"Danticat's writing is crisp and clear, reminiscent of what the very best essay writing once aspired to be. . . . Not just another writer's book about writing, this volume delves into the suffering that affects artists who suspend themselves from time and place to create. . . . Her book should be read by students, historians and lovers of well-crafted writing."—Nedra Crowe-Evers, Library Journal

"Danticat's prose is spare and piercing; she doesn't waste words. Her ideas are never cloaked in layers of metaphor, yet every sentence has a lyrical, persuasive quality. . . . Within this stirring collection, one theme struck me more strongly than any other: for artists, the drive to create triumphs over everything else. Or it should. . . . Creating dangerously means telling the truth—working without or in spite of fear."—Jennifer Levin, Santa Fe New Mexican

"Whether she is profiling a courageous Haitian photojournalist, writing about a visit to relatives in a rural village, or meditating on the career of Jean-Michel Basquiat, Danticat is always also writing about her responsibilities as a part of what is called, in Creole, the dyaspora. . . . Thoughtful, powerful."—Adam Kirsch, Barnes and Noble Review

"[Danticat] avoids grandiose claims about the insightfulness of the exile—while honouring the complexity of the immigrant artist's role, with its precariousness and its drive to make connections."—Scott McLemee, National

"Focused on her medium of 'word art,' though incorporating theater and visual arts, Danticat pieces together a multi-essay response to the creatives' lament . . . how do, why do and should we create, in this at-best messy and at-worst dangerous world?"—Kristin Theil, Oregonian

"Have you ever started reading a book which draws you in within the first few sentences and leaves you unable to put it down until the very last word and then, because it amazed and moved you more than anything you can remember, you immediately read it again? . . . Create Dangerously, is one of those books. . . . Danticat is that rare writer who can make you smile as your soul aches. Although Create Dangerously is not an easy book to read it is disturbing and particularly controversial in places it is, nonetheless, a consistently passionate, deeply thought-provoking and highly important book which should be read, reread and then passed on to new hands."—Josh Rosner, Canberra Times

"Danticat's voice offers a plaintive, entreating call for recognition of the suffering of so many in the world, and of their irrepressible desire to make life more meaningful by embracing art despite it all, no matter the cost."—Kerri Shadid, Blogcritics.org

"Throughout Create Dangerously, Ms. Danticat catalogs through personal narratives many of the dilemmas that immigrant writers face: readers and critics who question the 'veracity' of the stories; the accompanying guilt from the accusation of being a 'parasite,' and my personal favorite, the 'intrusion' into the lives of family and friends."—Geoffrey Philp blog

"Danticat's essays and her memoir are highly finessed and subtle. She breaches the vertiginous fault lines between the real and the surreal, between writing and archeiropoietos, between lòt bò dlo, and anba dlo. . . . [Create Dangerously] asks us to consider art and literature as vehicles for authenticity and self-expression, however dangerous that might be. This achievement is effortless and utterly compelling, with not one syllable or sentiment below guapa."—Michelle Cahill, Mascara Literary Review

"That Danticat engages and re-engages [the] complicated, important, and perennial questions of living and creating is one of the many reasons to read this book."—Danielle Georges, Women's Review of Books

"This is the most powerful book I've read in years. Though delicate in its prose and civil in its tone, it hits like a freight train. It's a call to arms for all immigrants, all artists, all those who choose to bear witness, and all those who choose to listen. And though it describes great upheaval, tragedy, and injustice, it's full of humor, warmth, grace, and light."—Dave Eggers, author of Zeitoun and What Is the What

"Edwidge Danticat is a great literary artist. She is also a grand cultural critic whose wisdom and compassion loom large in this magnificent book."—Cornel West, Princeton University

"Edwidge Danticat's prose has a Chekhovian simplicity—an ability to state the most urgent truths in a measured and patiently plain style that gathers a luminous energy as it moves inexorably forward. In this book she makes a strong case that art, for immigrants from countries where human rights and even survival are often in jeopardy, must be a vocation to witness if it is not to be an idle luxury."—Madison Smartt Bell, author of Toussaint Louverture: A Biography

Create Dangerously is an intelligent and passionate book on the role of the immigrant artist. As in her fiction, the lucidity and humility of Edwidge Danticat's prose has a quiet force. This book is as much a testimonial to the spirit of resistance and defiance as it is an elegy for those who have died and disappeared; it is as much a provocation to the artist as it is a book of mourning."—Saidiya V. Hartman, author of Lose Your Mother: A Journey Along the Atlantic Slave Route