The remarkable story of how our solar system came to be 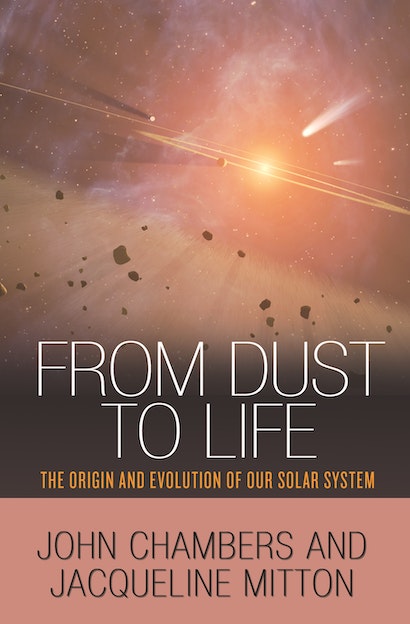 The birth and evolution of our solar system is a tantalizing mystery that may one day provide answers to the question of human origins. This book tells the remarkable story of how the celestial objects that make up the solar system arose from common beginnings billions of years ago, and how scientists and philosophers have sought to unravel this mystery down through the centuries, piecing together the clues that enabled them to deduce the solar system’s layout, its age, and the most likely way it formed.

Drawing on the history of astronomy and the latest findings in astrophysics and the planetary sciences, John Chambers and Jacqueline Mitton offer the most up-to-date and authoritative treatment of the subject available. They examine how the evolving universe set the stage for the appearance of our Sun, and how the nebulous cloud of gas and dust that accompanied the young Sun eventually became the planets, comets, moons, and asteroids that exist today. They explore how each of the planets acquired its unique characteristics, why some are rocky and others gaseous, and why one planet in particular—our Earth—provided an almost perfect haven for the emergence of life.

From Dust to Life is a must-read for anyone who desires to know more about how the solar system came to be. This enticing book takes readers to the very frontiers of modern research, engaging with the latest controversies and debates. It reveals how ongoing discoveries of far-distant extrasolar planets and planetary systems are transforming our understanding of our own solar system’s astonishing history and its possible fate.

John Chambers is a planetary scientist in the Department of Terrestrial Magnetism at the Carnegie Institution for Science. Jacqueline Mitton is a writer, editor, and media consultant in astronomy. Her books include Titan Unveiled: Saturn's Mysterious Moon Explored (Princeton). 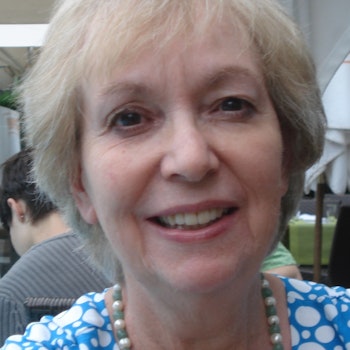 "[T]here is much solid information to be gleaned from careful reading."—Publishers Weekly

"In this grand chronicle of the science behind the origins of our 4.6-billion-year-old Solar System, John Chambers and Jacqueline Mitton peruse everything from the giant collision thought to have formed our Moon to the nature of meteorites."—Rosalind Metcalfe, Nature

"This is not your average tour of our solar system. Using clear, relatively jargon-free language, Chambers and Mitton provide a comprehensive examination of our current understanding of its formation, which should readily appeal to the general reader who enjoys scientific detail without getting into equations."—Library Journal

"I recently built an app about the solar system, and my research would have been made a lot easier if I had possessed a copy of this excellent book. It provides a truly comprehensive overview of our solar system's origins and is written in plain, jargon-free language."—Marcus Chown, New Scientist

"Chambers and Mitton stay focused on the science in From Dust to Life: unlike other books that create narratives around the scientists, they discuss the science and the history of its development, rather than the individuals who made it possible. That's a worthwhile trade: while there have been, and are today, interesting people studying the formation of the solar system, the science is even more fascinating as we find out just how complex the process is to turn a cloud of gas and dust into a star and planets."—Jeff Foust, Space Review

"[I]ncredibly thorough and detailed, yet very accessible to non-scientists too. . . . [A] compelling overview of the evolution of the Solar System."—Katia Moskvitch, BBC Sky at Night

"Read From Dust to Life to gain a fascinating perspective on the current state of the science behind solar system formation."—David Dickinson, Astro Guys

"This wild ride across the cosmos and through time covers a lot of territory but isn't merely a laundry list of observations. Instead, readers will find one lucid explanation piggybacked onto another. . . . The authors, a planetary scientist and a space science writer, make celestial mechanics comprehensible even to readers with more curiosity than scientific background. Yet there are still insights for those who regularly pore over the astronomy stories in Science News. Best of all, the authors help readers glimpse the why of it all."—Science News

"This book . . . is accessible to a scientifically literate general reader. . . . The author team is eminently qualified . . . one is a well-known planetary scientist and the other an experienced science writer. The result of their efforts is a highly readable book."—Star Formation Newsletter

"Chambers and Mitton present a well-researched, detailed, big-picture overview of the solar system that shows how all of people's observations of its contents contribute to a coherent model for its origin. The authors place the modern theory and latest observations in historical context by beginning each chapter with an overview of the development of these scientific ideas from their beginning."—Choice

"This book is up-to date, thorough, and authoritative. It revels in the latest discussions and controversies. . . . It is a joy to read and is accessible to any student with a scientific background. . . . Read this book. Join the cosmogonists and help change the cosmogony/cosmology ratio."—David W. Hughes, Observatory

"For the interested amateur with a degree of familiarity with the topics under discussion, From Dust to Life furnishes a comprehensive overview of current models for the formation of the solar system. . . . Genuinely exciting."—Cait MacPhee, Times Higher Education

"Excellent. . . . The book contains no mathematical equations and is refreshingly free of jargon. The illustrations, though monochrome, are excellent. It is thus readily accessible to any reader with even a basic interest in astronomy."—Anthony Toole, Waterstones

"As an astrophysicist credentialed in the days before the space era, I figured reading another book on the solar system would be a big yawn. Surprise! I couldn't have been more wrong! Here is an eye-opening up-to-date reconnaissance of what's in our part of the universe and how it has evolved. Along the way, this arresting account reveals how unique our planetary system really is."—Owen Gingerich, Harvard-Smithsonian Center for Astrophysics

"The origin of our solar system is among the hottest and most fascinating research topics in all of planetary science and astronomy. Chambers and Mitton have produced a compelling and up-to-date survey of this field that reads quickly and authoritatively and leaves no stone unturned in surveying the landscape of this vast and rich topic. I recommend it with gusto!"—Alan Stern, Southwest Research Institute

"John Chambers is one of the world's leading authorities on the origin of the solar system, and here, together with Jacqueline Mitton, provides an engaging summary of the new discoveries for a wider audience. This book is unquestionably the most up-to-date and authoritative popular presentation of current thinking on the subject."—Philip J. Armitage, author of Astrophysics of Planet Formation

"There is no other book out there that discusses the origin of the solar system in this much detail yet is still accessible to nonscientists. Chambers and Mitton do an excellent job of keeping abreast of the notable discoveries in recent years."—Jane Luu, Massachusetts Institute of Technology

"An exciting and rewarding read from cover to cover. You come away feeling well-served and well-educated. This is a great book."—Erik Asphaug, University of California, Santa Cruz