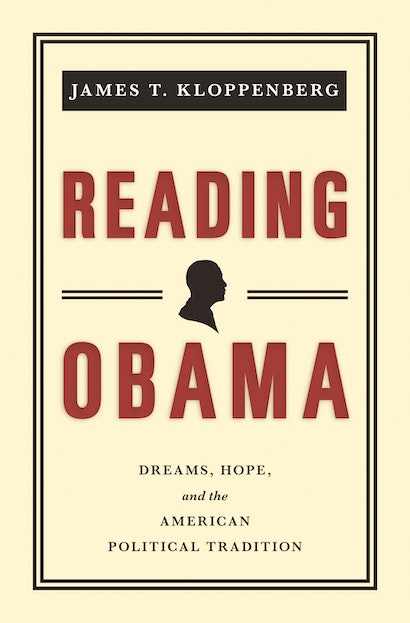 Derided by the Right as dangerous and by the Left as spineless, Barack Obama puzzles observers. In Reading Obama, James T. Kloppenberg reveals the sources of Obama’s ideas and explains why his principled aversion to absolutes does not fit contemporary partisan categories. Obama’s commitments to deliberation and experimentation derive from sustained engagement with American democratic thought. Reading Obama traces the origins of his ideas and establishes him as the most penetrating political thinker elected to the presidency in the past century.

Kloppenberg demonstrates the influences that have shaped Obama’s distinctive worldview, including Nietzsche and Niebuhr, Ellison and Rawls, and recent theorists engaged in debates about feminism, critical race theory, and cultural norms. Examining Obama’s views on the Constitution, slavery and the Civil War, the New Deal, and the civil rights movement, Kloppenberg shows Obama’s sophisticated understanding of American history. Obama’s interest in compromise, reasoned public debate, and the patient nurturing of civility is a sign of strength, not weakness, Kloppenberg argues. He locates its roots in Madison, Lincoln, and especially in the philosophical pragmatism of William James and John Dewey, which nourished generations of American progressives, black and white, female and male, through much of the twentieth century, albeit with mixed results.

Reading Obama reveals the sources of Obama’s commitment to democratic deliberation: the books he has read, the visionaries who have inspired him, the social movements and personal struggles that have shaped his thinking. Kloppenberg shows that Obama’s positions on social justice, religion, race, family, and America’s role in the world do not stem from a desire to please everyone but from deeply rooted — although currently unfashionable — convictions about how a democracy must deal with difference and conflict.

James T. Kloppenberg is the Charles Warren Professor of American History and chair of the History Department at Harvard University. His books include Uncertain Victory: Social Democracy and Progressivism in European and American Thought, 1870-1920; The Virtues of Liberalism; and A Companion to American Thought. 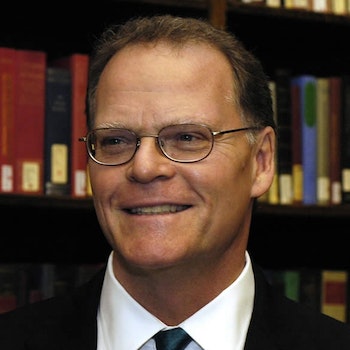 "One of Kloppenberg's most important claims is that Obama embodies the spirit of pragmatism—not the colloquial pragmatism that is more or less the same thing as practicality, but the philosophical pragmatism that emerged largely from William James and John Dewey and continued to flourish through the work of Richard Rorty, Hilary Putnam, and others. Kloppenberg provides an excellent summary of the pragmatic tradition—a tradition rooted in the belief that there are no eternal truths, that all ideas and convictions must meet the test of usefulness. . . Kloppenberg is best when he analyzes Obama's own writing—Dreams from My Father, The Audacity of Hope, and some of his memorable speeches. He gives an excellent analysis of Obama's views of Lincoln and of the ways in which he has come to terms with race."—Alan Brinkley, Democracy

"This is an assessment of Obama that will make sense to those who championed his rise to the presidency but who now have reservations about the way he is executing the role. The case Kloppenberg makes is persuasive and, for anyone interested in the larger context of Obama's thinking, he demonstrates that this serious man is a rarity."—Bruce Elder, Sydney Morning Herald

"Reading Obama is a welcome addition, not least because it is the first book to try to tease out a coherent political philosophy from the president. Kloppenberg, a prominent intellectual historian at Harvard, does this not by analyzing Obama's pre-presidential record or his campaign rhetoric or his policies but—like a senior professor sizing up a tenure aspirant—by reviewing Obama's published dossier. The chief works, of course, are Obama's best-selling books—his semi-fictional memoir, Dreams from My Father, and his campaign trial balloon, The Audacity of Hope; but Kloppenberg also draws on a passel of other writings and, most originally, on the issues of the Harvard Law Review over which Obama presided as editor in 1990. Pragmatism is a subject close to Kloppenberg's heart, and his expertise. Among his many learned writings on the subject are the landmark Uncertain Victory: Social Democracy and Progressivism in European and American Thought, 1870-1920, which appeared in 1986, and "Pragmatism: An Old Name for Some New Ways of Thinking?," a brilliant article in the Journal of American History in 1996, many of whose ideas resurface in his new work. With his breadth of knowledge and his simplicity of prose, Kloppenberg is a fine guide to these ideas. And lest we suspect that he is merely projecting a set of ideas he esteems onto a politician he admires—Obama, after all, has described himself as "a blank screen on which people of vastly different political stripes project their own views"—Kloppenberg is careful to elucidate the reasons for the happy congruence."—David Greenberg, New Republic

"Kloppenberg has written an analysis of the intellectual influences that have shaped President Obama's world view. Those who find Obama puzzling need only study the books he read as a student, look at writings by his professors, and read his academic and autobiographical writings to understand what he thinks, why he thinks the way he does and how his presidency reflects the intellectual conclusions he has drawn from his education and life experiences. Obama impressed his law professors with his "exceptional intelligence' and "striking ability to resolve conflicts." As Kloppenberg explains, "his commitment to conciliation lies in his idea of democracy as deliberation, his sure grasp of philosophical pragmatism, his Christian realism and his sophisticated understanding that history, with all its ambiguities and ironies, provides the best rudder for political navigation. Reading Obama offers a fascinating view of the man Kloppenberg calls ''the most penetrating political thinker elected to the presidency in the past century"—Newark Star-Ledger