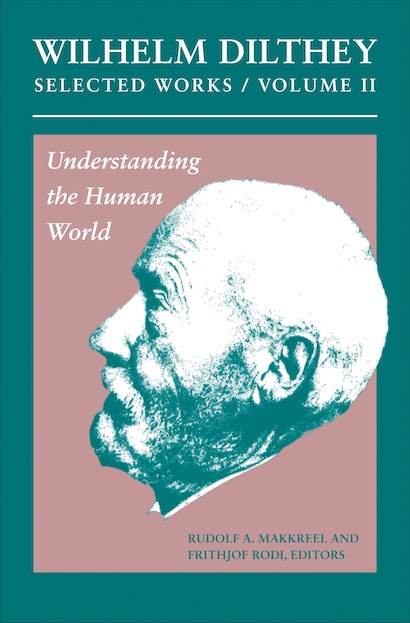 This is the second volume in a six-volume translation of the major writings of Wilhelm Dilthey (1833-1911), a philosopher and historian of culture who continues to have a significant influence on Continental philosophy and a broad range of scholarly disciplines. In addition to his landmark works on the theories of history and the human sciences, Dilthey made important contributions to hermeneutics, phenomenology, aesthetics, psychology, and the methodology of the social sciences.


This volume presents Dilthey’s main theoretical works from the 1890s, the period between the Introduction to the Human Sciences and The Formation of the Historical World. A common thread of the writings included here is an interest in the relation between the self and the world.


In “The Origin of Our Belief in the Reality of the External World and Its Justification,” Dilthey argues that our engagement with the world is rooted in our practical drives and the resistance they meet. The basic nexus of our beliefs about reality is volitional rather than representational. The next essay, “Life and Cognition,” examines the main categories with which we organize our experience of life into an understanding of the human world: selfsameness; doing and undergoing; and essentiality.


These categorial relations are further articulated with the aid of Dilthey’s structural psychology in ways that rival some of the insights of phenomenology. This occurs in “The Ideas for a Descriptive and Analytic Psychology.” By focusing on how lived experience places everything in a temporal continuum that can be described and analyzed, Dilthey saw the opportunity to establish a structural psychology that could be of great use to the human sciences in general.


In the final essay, “Contributions to the Study of Individuality,” Dilthey attacks Windelband’s thesis that the human sciences are idiographic. Many human sciences have systematic and structural aims that combine the study of uniformities with the examination of individuation. Applying the comparative method, Dilthey argues that living beings share many basic similarities within which typical variations tend to recur. For human individuation, however, the specification of the historical nexus is also essential.

Rudolf A. Makkreel is the Charles Howard Candler Professor of Philosophy at Emory University and the author of Dilthey: Philosopher of the Human Studies (Princeton). Frithjof Rodi is professor emeritus of philosophy at Ruhr-Universität Bochum and one of the editors of Dilthey's Gesammelte Schriften.