The story of unmanned space exploration, from Viking to today 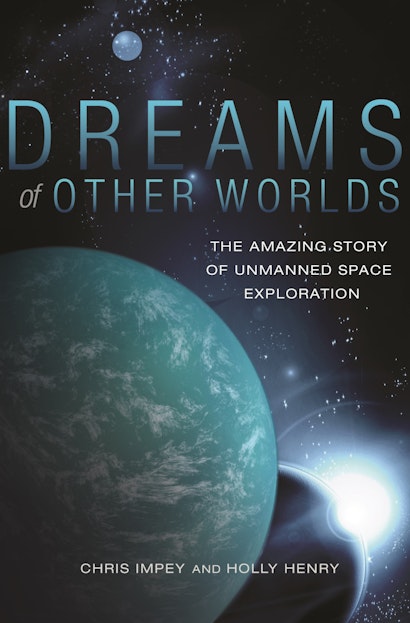 Dreams of Other Worlds describes the unmanned space missions that have opened new windows on distant worlds. Spanning four decades of dramatic advances in astronomy and planetary science, this book tells the story of eleven iconic exploratory missions and how they have fundamentally transformed our scientific and cultural perspectives on the universe and our place in it.

The journey begins with the Viking and Mars Exploration Rover missions to Mars, which paint a startling picture of a planet at the cusp of habitability. It then moves into the realm of the gas giants with the Voyager probes and Cassini’s ongoing exploration of the moons of Saturn. The Stardust probe’s dramatic round-trip encounter with a comet is brought vividly to life, as are the SOHO and Hipparcos missions to study the Sun and Milky Way. This stunningly illustrated book also explores how our view of the universe has been brought into sharp focus by NASA’s great observatories—Spitzer, Chandra, and Hubble—and how the WMAP mission has provided rare glimpses of the dawn of creation.

Dreams of Other Worlds reveals how these unmanned exploratory missions have redefined what it means to be the temporary tenants of a small planet in a vast cosmos.

Chris Impey is University Distinguished Professor in the Department of Astronomy at the University of Arizona. His books include The Living Cosmos, How It Ends, and How It Began. Holly Henry is professor of English at California State University, San Bernardino. She is the author of Virginia Woolf and the Discourse of Science: The Aesthetics of Astronomy. 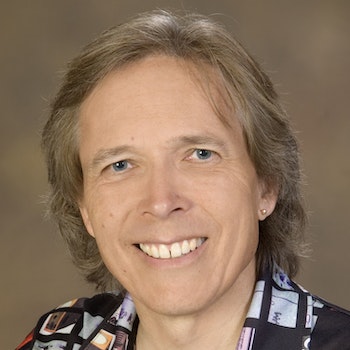 "Dreams of Other Worlds synthesizes that knowledge as it has been derived from unmanned spacecraft in the half-century since NASA was founded in 1958. . . . One of the strengths of Dreams of Other Worlds is its discussion of how the data generated by any given mission continues to produce results long after the mission ends. . . . An account of a magnificent panorama of knowledge."—Konstantin Kakaes, Wall Street Journal

"Refreshing. . . . [W]ell-analysed and presented in a scholarly yet engaging way. . . . [F]rom the interior of the Sun to the outer reaches of our Solar System—Impey and Henry are able guides. They explain the scientific imperative of these missions in a way that is accessible and interesting to specialists and generalists."—John Zarnecki, Nature

"Although less sexy than manned space travel, satellites, probes and landers have produced a scientific bonanza with more to come. Impey and Henry team up for an enthusiastic account of a dozen programs. . . . The authors' largely uncritical, gee-whiz approach is entirely appropriate since these programs were not only technological marvels, but produced dazzling, quantum-leap discoveries."—Kirkus Reviews

"[W]ell-balanced. . . . This richly illustrated work of remarkable scholarship spans the depths of the solar system, the Milky Way, and beyond, revealing how the great leaps forward in astronomy have brought into focus a landscape few could have imagined. The authors present a combination of hard science and edifying narrative that is both informative and entertaining. Recommended for NASA 'nerds' and anyone with even a passing interest in astronomy."—Library Journal

"Packed with absorbing insights and written in an accessible voice, this volume translates scientific discoveries into simple, visual terms. . . . Diverse references—ranging from the caves at Lascaux and Pythagoras to Einstein, Carl Sagan, quantum mechanics, and, yes, even Virginia Woolf—enliven and enrich this engaging and beautifully crafted book."—Kristen Rabe, ForeWord Reviews

"The book helps provide a bigger picture of the significance of studying the universe with these robotic explorers, be they spacecraft that remain in Earth orbit or, like Voyager 1, head out into the cosmos."—Jeff Foust, Space Review

"[A] riveting read. . . . The book is well told, and interweaves its story with wonderful little nuggets."—Katia Moskvitch, BBC Sky at Night

"Dreams of Other Worlds is a substantial chronology of the exploration of the solar system objects that humans have wondered about ever since Galileo first pointed his telescope at Jupiter and peered through it. The undertaking spotlights all the struggles and setbacks that ultimately led to a complete mapping of the solar system."—D. Wayne Dworsky, San Francisco Book Review

"The achievement of this book is to present robotic spaceflight in intimate relation to the cultural world we all inhabit. . . . Dreams of Other Worlds succeeds in connecting the cultural work of science to everyday dreams and stories."—De Witt Douglas Kilgore, Quest

"A fantastic journey throughout the world of space exploration over the last 40 years. Even though at a first glance the well over 400 pages seem overwhelming, within just a few hours you will find yourself desperate for more. . . . A smooth, skillfully written account of the beginning of the extraterrestrial history of humankind, a history that started just a few decades ago."—Read about Science

"When the history of the last fifty years can be viewed in a more balanced perspective, some of its most inspirational highlights will surely be the major space projects—often international in scope—that have voyaged to distant planets, extended our cosmic horizons, and deepened our understanding of Earth's place in the wider universe. This fascinating and finely written book chronicles the peak achievements in this grand exploratory endeavor, showing that credit is due to the cutting-edge technology as well as to visionary science."—Martin Rees, Trinity College, University of Cambridge, and Astronomer Royal

"Until we build the starship Enterprise, our efforts to boldly seek out new worlds will depend on mechanical surrogates. This book gives voice to their exploits—adventures not equaled since the great Age of Exploration four centuries ago. The flood of imagery sent back by these craft has revealed—for the first time—a universe of uncanny beauty, terrifying desolation, and inspiring promise. Surely, this is the most wondrous legacy of our generation."—Seth Shostak, SETI Institute

"Dreams of Other Worlds interweaves cutting-edge science, popular culture, and history, using each mission as a springboard to launch into what are sometimes quite unexpected directions. There is really nothing else quite like this book out there."—Michael A. Strauss, Princeton University

"In writing that is clear, engaging, and at times almost lyrical, Dreams of Other Worlds provides deep treatments of these important space missions and their cultural relevance. Scientifically attentive readers will gain a great deal from this book."—Stephen P. Maran, author of Astronomy for Dummies

"Dreams of Other Worlds traces the history of ideas about the cosmos from the Greeks to the latest space missions. Exciting to read and accessible to lay readers, this book offers inspiration and intriguing speculations in addition to facts."—Larry Esposito, author of Planetary Rings