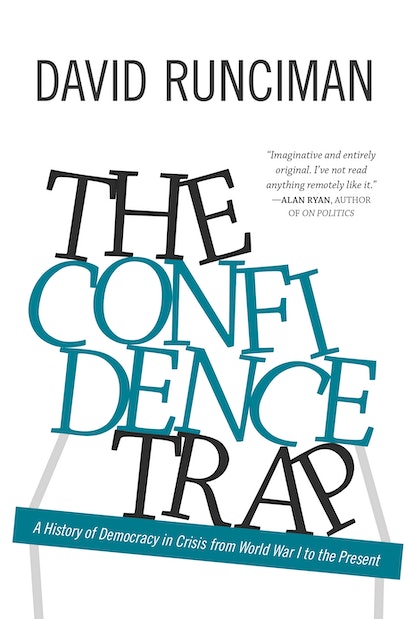 Why do democracies keep lurching from success to failure? The current financial crisis is just the latest example of how things continue to go wrong, just when it looked like they were going right. In this wide-ranging, original, and compelling book, David Runciman tells the story of modern democracy through the history of moments of crisis, from the First World War to the economic crash of 2008.

A global history with a special focus on the United States, The Confidence Trap examines how democracy survived threats ranging from the Great Depression to the Cuban missile crisis, and from Watergate to the collapse of Lehman Brothers. It also looks at the confusion and uncertainty created by unexpected victories, from the defeat of German autocracy in 1918 to the defeat of communism in 1989. Throughout, the book pays close attention to the politicians and thinkers who grappled with these crises: from Woodrow Wilson, Nehru, and Adenauer to Fukuyama and Obama.

The Confidence Trap shows that democracies are good at recovering from emergencies but bad at avoiding them. The lesson democracies tend to learn from their mistakes is that they can survive them — and that no crisis is as bad as it seems. Breeding complacency rather than wisdom, crises lead to the dangerous belief that democracies can muddle through anything — a confidence trap that may lead to a crisis that is just too big to escape, if it hasn’t already. The most serious challenges confronting democracy today are debt, the war on terror, the rise of China, and climate change. If democracy is to survive them, it must figure out a way to break the confidence trap.

David Runciman is professor of politics at the University of Cambridge and a fellow of Trinity Hall. His books include The Politics of Good Intentions and Political Hypocrisy (both Princeton). He writes regularly about politics for the London Review of Books. 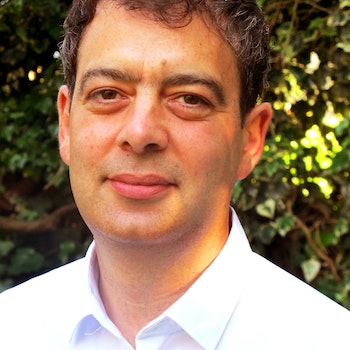 "His rich and refreshing book will be of intense interest to anyone puzzled by the near paralysis that seems to afflict democratic government in a number of countries, not least the United States. Runciman's account of the workings of the confidence trap—the belief that democracy will always survive—will serve as an antidote to the moods of alarm and triumph by which writers on democracy are regularly seized."—John Gray, New York Review of Books

"Runciman's book abounds with fresh insights, arresting paradoxes, and new ways of posing old problems. It is part intellectual history, an absorbing study of the modern debate on democracy through the contrasting perspectives of key public intellectuals, such as Walter Lippmann, George F. Kennan, Francis Fukuyama and Friedrich Hayek, and part analysis of the problem of political leadership in democracies, explored through the decisions taken by leaders, particularly US presidents, and the constraints under which they operate."—Andrew Gamble, Times Literary Supplement

"[An] ingenious account of how free nations faced seven international crises from 1918 to 2008. . . . Runciman concludes that democracy will probably survive, having made a delightfully stimulating, if counterintuitive case, that the unnerving tendency of democracies to stumble into crises is matched by their knack for getting out of them."—Publishers Weekly

"[A] historically sensitive and subtle response to the democratic crisis."—Thomas Meaney and Yascha Mounk, The Nation

"[B]rilliantly and convincingly delivered. The big story of mature democracies in crisis is told with remarkable confidence and brio. Runciman writes lucidly and compellingly: this is a book that you cannot put down."—Georgios Varouxakis, Standpoint

"As a corrective to the doom-and-gloomsters, this book makes some telling points, and he is a clear and forceful writer. . . . What Runciman's focus on American democracy helps to do is to remind us that there is an international dimension to this subject that is closely connected to American self-perceptions."—Mark Mazower, Financial Times

"Refreshingly free of received and rehearsed wisdoms, Runciman doesn't tiptoe around sacred cows and invites us to take part in that most adult way of thinking: to examine contradictory ideas in tandem and ponder what the dissonance amounts to. . . . [H]e argues lucidly, persuasively, even exhilaratingly at times. The nightly news will never appear exactly the same again."—Miriam Cosic, Australian

"[Runciman] is a trenchant commentator on current affairs and a historian of political thought who, in his books and his articles in the London Review of Books, has revealed himself to be a gifted explainer. . . . [H]e has a canny sense of how political power operates at its highest levels and in his exposition of political theory he is unfailingly clear and direct. Runciman's prose is conversational, if elegantly so—it is no surprise that he is a fluent lecturer—and characterised by a wry restraint."—Daniel Cohen, Los Angeles Review of Books

"Runciman is a good writer and brave pioneer. . . . The picture he sketches is agreeably bold."—John Keane, Sydney Morning Herald

"What we get here is good history. The events at the seven junctures are presented in a way that is learned, concise and informative."—Stein Ringen, International Affairs

"Runciman is skilled at bringing important political questions 'out of the clouds' and presenting them in a manner that is clear, engaging, and approachable. . . . This is an extraordinarily well-written and engaging book that asks important questions about structural strengths and weaknesses of democratic governance."—Choice

"In this book, David Runciman emerges as the most original guide we have to democracy's global prospects in the twenty-first century."—Melissa Lane, Princeton University

"The Confidence Trap's engrossing analytical history illuminates democracy's deepening achievements and recurring crises during the charged past century. By incisively interpreting these moments of unsettled apprehension and by tracking patterns of coping and surviving, this rich, important book helps us understand, and perhaps even navigate, present anxieties about the capacity of democracies to grapple with the big issues of economics, geopolitics, and the environment."—Ira Katznelson, author of Fear Itself: The New Deal and the Origins of Our Time

"If you think American democracy doesn't work these days, you have to read this well-written book."—Fareed Zakaria

"Rivetingly written for a wide audience, this is David Runciman's best and most original book to date—bold, clear, astonishingly well informed, and consistently excellent. His ecumenical curiosity is as engaging as it is disarming, pulling you into a history that is effortless to read and leaves you thinking about its insights long after you put it down."—Ian Shapiro, author of The Real World of Democratic Theory

"Imaginative and entirely original. I've not read anything remotely like it."—Alan Ryan, author of On Politics