A global journey showing how philosophy can transform our biggest disagreements 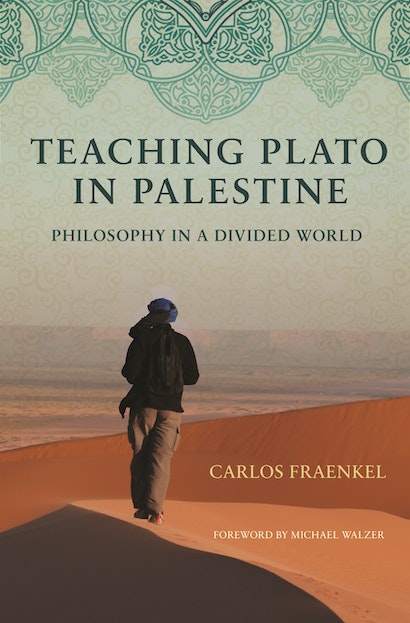 Teaching Plato in Palestine is part intellectual travelogue, part plea for integrating philosophy into our personal and public life. Philosophical toolkit in tow, Carlos Fraenkel invites readers on a tour around the world as he meets students at Palestinian and Indonesian universities, lapsed Hasidic Jews in New York, teenagers from poor neighborhoods in Brazil, and the descendants of Iroquois warriors in Canada. They turn to Plato and Aristotle, al-Ghazālī and Maimonides, Spinoza and Nietzsche for help to tackle big questions: Does God exist? Is piety worth it? Can violence be justified? What is social justice and how can we get there? Who should rule? And how shall we deal with the legacy of colonialism? Fraenkel shows how useful the tools of philosophy can be—particularly in places fraught with conflict—to clarify such questions and explore answers to them. In the course of the discussions, different viewpoints often clash. That’s a good thing, Fraenkel argues, as long as we turn our disagreements on moral, religious, and philosophical issues into what he calls a “culture of debate.” Conceived as a joint search for the truth, a culture of debate gives us a chance to examine the beliefs and values we were brought up with and often take for granted. It won’t lead to easy answers, Fraenkel admits, but debate, if philosophically nuanced, is more attractive than either forcing our views on others or becoming mired in multicultural complacency—and behaving as if differences didn’t matter at all.

Carlos Fraenkel teaches philosophy and religion at the University of Oxford and McGill University in Montreal. He is the author of Philosophical Religions from Plato to Spinoza, and his writing has appeared in the New York Times, the Nation, the London Review of Books, and the Times Literary Supplement, among other publications. 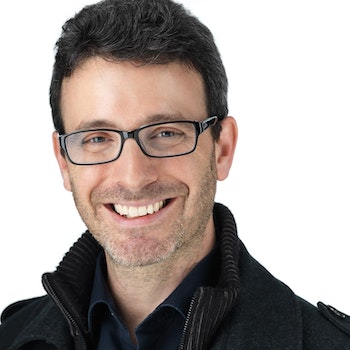 "What unites [the classroom conversations] is [Fraenkel's] skill in the art of posing questions designed to perplex and provoke. He lets us overhear the Socratic form of dialogue that Plato invented and that Mr. Fraenkel practices much to his students' pleasure, and ours."—Benjamin Balint, Wall Street Journal

"The author urges religious people who aren't bound by literalism, secularists who don't dismiss all religion as anachronism, and inquisitive types of all persuasions to try something. First, accept freedom of expression, recognize your fallibility and prepare yourself to revise received assumptions. And then plunge into debates about morality, faith, governance, rights and other matters that divide us . . . the discussions you engage in, as suggested by his and his students' experiences, will likely broaden your horizons and nourish your intellect."—Rayyan Al-Shawaf, Toronto Star

"If you read one book published this year, then you might make it Teaching Plato in Palestine: Philosophy in a Divided World."—Aminatta Forna, The Independent

"Teaching Plato in Palestine is a slim, straightforward yet surprisingly rich work of philosophy that will intrigue the amateur as well as the expert."—Sarah Gustafson, Key Reporter

"Carlos Fraenkel . . . persuasively shows the value of philosophical work that engages the broader public and other cultures. . . . Each [episode in the book] is beautifully described and the results are utterly captivating."—Daniel A. Bell, Literary Review of Canada

"Fraenkel offers a bold answer to the question of what philosophy has to offer to the non-philosopher. Philosophy is important not because the corporate world needs sharper analysts; not because it exposes myths and emancipates slaves; not because it draws us closer to God. Rather, we, each and every one of us, should philosophise so that we might become more deeply enmeshed in our friends and neighbours' individual quests for truth. This is an inviting vision."—Taneli Kukkonen, Philosophers' Magazine

"Carlos Fraenkel thinks that philosophy is essential to a culture of debate that gets us out of our cultural, religious, and intellectual cloisters. We understand ourselves by arguing with others, and understand others by arguing with ourselves. Fraenkel takes these convictions out of the classroom and tests them around the world—from Makassar to East Jerusalem, from Bahia to Brooklyn. The result is a wonderful, engaging, and readable book about the power of philosophy."—Joshua Cohen, coeditor of The Norton Introduction to Philosophy

"In Teaching Plato in Palestine, a book that is as subversive and gripping as Reading Lolita in Tehran, we learn what happens when you teach philosophy in the most unexpected places. Fraenkel is a philosopher of immense erudition who has great faith in the healing power of philosophy, yet he is by no means a faith healer. He questions and argues, and he makes a powerful case for the Socratic ideal of leading an examined life."—Avishai Margalit, author of The Decent Society

"In this inspiring book, Carlos Fraenkel shows that philosophy can be much more than an academic pursuit and that philosophers can play an important role in public life—not by telling people what to think and do, but by offering intellectual tools to help us think through the big questions we're already grappling with in our conflicted world. Fraenkel's lively narratives are a pleasure to read and take us right into the debates he engaged in from Palestine to Brazil. A wonderful argument for the value of philosophy."—Sari Nusseibeh, Al Quds University, Palestine

"This short, interesting, and well-written book provides an insightful and optimistic view on the possibilities that philosophy offers to bridge religious, ethnic, and cultural divides and, perhaps, through a culture of debate, to lower tensions within and between contemporary societies and even improve individual lives. It is a noble project, and Fraenkel describes his experiences in a lively narrative that combines the personal and philosophical."—Steven Nadler, author of A Book Forged in Hell: Spinoza's Scandalous Treatise and the Birth of the Secular Age

"Teaching Plato in Palestine shows how philosophical thinking can illuminate important topics—in particular, the problem of finding ways to engage people with opposed ideologies in fruitful debate. The lively narratives, based on the author's experiences of working with various groups interested in using philosophical tools to clarify their thought and action, will engage a wide range of readers."—Gary Gutting, University of Notre Dame