How the search for power defines the American presidential office 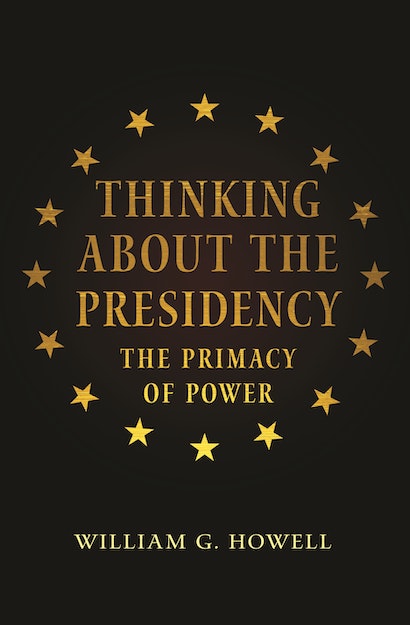 All American presidents, past and present, have cared deeply about power—acquiring, protecting, and expanding it. While individual presidents obviously have other concerns, such as shaping policy or building a legacy, the primacy of power considerations—exacerbated by expectations of the presidency and the inadequacy of explicit powers in the Constitution—sets presidents apart from other political actors. Thinking about the Presidency explores presidents’ preoccupation with power. Distinguished presidential scholar William Howell looks at the key aspects of executive power—political and constitutional origins, philosophical underpinnings, manifestations in contemporary political life, implications for political reform, and looming influences over the standards to which we hold those individuals elected to America’s highest office.

Howell shows that an appetite for power may not inform the original motivations of those who seek to become president. Rather, this need is built into the office of the presidency itself—and quickly takes hold of whoever bears the title of Chief Executive. In order to understand the modern presidency, and the degrees to which a president succeeds or fails, the acquisition, protection, and expansion of power in a president’s political life must be recognized—in policy tools and legislative strategies, the posture taken before the American public, and the disregard shown to those who would counsel modesty and deference within the White House.

Thinking about the Presidency assesses how the search for and defense of presidential powers informs nearly every decision made by the leader of the nation.

William G. Howell is the Sydney Stein Professor in American Politics at the University of Chicago, where he holds appointments in the Harris School of Public Policy, the Department of Political Science, and the College. His books include While Dangers Gather and Power without Persuasion (both Princeton), as well as The Wartime President. David Milton Brent is a PhD student in the Department of Political Science at Yale University. 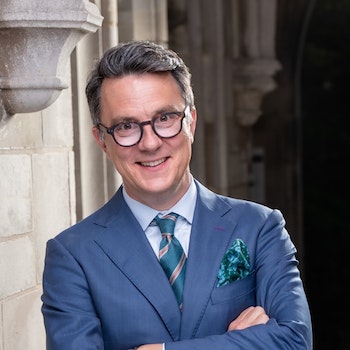 "Thinking about the Presidency is a relatively brief book which would do well in any survey-level course on executive leadership or the structure of American government. . . . By looking at the presidency through the lens of expanding presidential power, Howell and Brent left this reader asking for more: such as why government works this way or why Congress reacts as it does. That it leaves open those questions indicates that this book is a valuable addition to any graduate-level course."—Seth Offenbach, Journal of American Studies

"As one who served in the White House, I know something about the demands and dimensions of the modern presidency. In Thinking about the Presidency, William Howell contributes new and valuable insights into how the role has evolved, and what it means for our country."—David Axelrod, former senior advisor to President Barack Obama

"In this brief, well-written book, William Howell ranges widely and astutely as he encourages readers to view the presidency through the prism of its core dimension—power. This volume will be a valuable complement to courses on the presidency."—George C. Edwards III, author of Overreach: Leadership in the Obama Presidency

"Thinking about the Presidency is an important antidote to all the rhetoric, reporting, prognostication, and public discourse that focuses on presidential individuality. Focusing on commonalities across presidents, Howell looks at how the institutional and political setting influences presidential behavior. His message is important."—Jeffrey E. Cohen, Fordham University

"Howell is a formidable scholar. His informative book will be of broad interest to educated people who want to read a scholarly analysis of the presidency, as viewed through the lens of power."—James P. Pfiffner, George Mason University

"This book is a crisp take on a key topic. What makes presidents tick? What makes them succeed? It is a good moment to pare down to fundamentals, and this book will serve as a useful guide to our next chief executive—no matter who that turns out to be."—Andrew Rudalevige, Bowdoin College