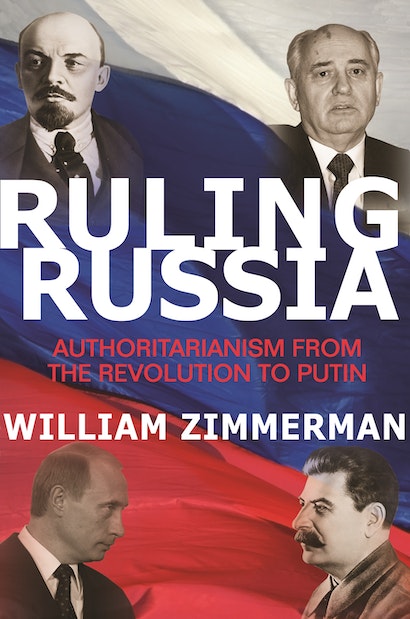 When the Soviet Union collapsed, many hoped that Russia’s centuries-long history of autocratic rule might finally end. Yet today’s Russia appears to be retreating from democracy, not progressing toward it. Ruling Russia is the only book of its kind to trace the history of modern Russian politics from the Bolshevik Revolution to the presidency of Vladimir Putin. It examines the complex evolution of communist and post-Soviet leadership in light of the latest research in political science, explaining why the democratization of Russia has all but failed.

William Zimmerman argues that in the 1930s the USSR was totalitarian but gradually evolved into a normal authoritarian system, while the post-Soviet Russian Federation evolved from a competitive authoritarian to a normal authoritarian system in the first decade of the twenty-first century. He traces how the selectorate—those empowered to choose the decision makers—has changed across different regimes since the end of tsarist rule. The selectorate was limited in the period after the revolution, and contracted still further during Joseph Stalin’s dictatorship, only to expand somewhat after his death. Zimmerman also assesses Russia’s political prospects in future elections. He predicts that while a return to totalitarianism in the coming decade is unlikely, so too is democracy.

Rich in historical detail, Ruling Russia is the first book to cover the entire period of the regime changes from the Bolsheviks to Putin, and is essential reading for anyone seeking to understand why Russia still struggles to implement lasting democratic reforms.

William Zimmerman is professor emeritus of political science at the University of Michigan, where he is also research professor emeritus at the Institute for Social Research. This is his fourth book with Princeton University Press, his most recent being The Russian People and Foreign Policy: Russian Elite and Mass Perspectives, 1993-2000. 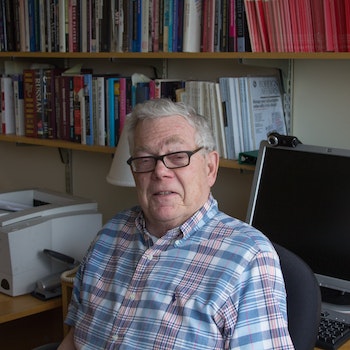 "William Zimmerman's new book is perfectly timed to furnish a backdrop to this discussion, providing the first major overview of Russian leadership politics from 1917 to the present. . . . Ruling Russia is written in a lively style, with flashes of humour."—Lara Cook, Times Higher Education

"This is a book for those who know a little about Soviet and Russian politics but who wish to gain a balanced and intelligent deeper understanding of the process of change that may one day end up with Russia becoming a 'normal' system."—Richard Sakwa, Russian Review

"Zimmerman's book is a major contribution, which speaks to comparativists, Russia scholars, and the broader public alike."—Inga A.-L. Saikkonen, Democratization

"Zimmerman's book is a welcome addition to the literature on comparative authoritarianism, and it is a unique contribution to the study of contemporary Russian politics in particular."—Kathryn Stoner, Political Science Quarterly

"This is an important and impressive scholarly work. . . . One would be hard-pressed to find another work that covers as much in just over 300 pages."—Paul Kubicek, Soviet and Post-Soviet Review

"A magisterial overview. . . . The book is a valuable contribution to the literature on Russian political history. It is clearly and consistently focused, thoroughly researched, and written in a lively, readable style. It will be welcomed by scholars and students alike."—Thomas F. Remington, The Historian

"Zimmerman provides specialists in comparative politics with important insights about authoritarian, totalitarian, and democratic regimes. He reveals the importance of uncertain political outcomes, the size of the selectorate, and the constraints posed by institutions in distinguishing not just between democracy and dictatorship but also among different types of authoritarian regimes. He makes the deceptively simple point that regimes do not just rise and fall—they also evolve."—Valerie Jane Bunce, Cornell University

"Ruling Russia is a masterful survey of Soviet and post-Soviet political history. Zimmerman analyzes the successive phases of expansion and contraction of the circle of those who influence the choice of leaders and policies from Lenin through Putin. Written in a clear and forceful style, the book is the first major overview of the continuities and changes in Russian leadership politics from 1917 to the present."—Thomas F. Remington, Emory University

"Zimmerman makes a unique and innovative contribution to our thinking about the evolution of Soviet and Russian politics since 1917. With brilliance and welcome flashes of wry humor, he leads readers through the history of both Soviet and post-Soviet politics, right through to today. Ruling Russia is an important book."—George W. Breslauer, author of Gorbachev and Yeltsin as Leaders

"This is an excellent book. Ruling Russia presents a unified account of nearly a century of Russian politics from one of the best and best-known political scientists specializing in this topic, pulling together what for many scholars would be more than a lifetime's work on both the USSR and post-Soviet Russia."—Henry E. Hale, author of Why Not Parties in Russia?: Democracy, Federalism, and the State