A provocative and inspiring case for a more humanistic economics 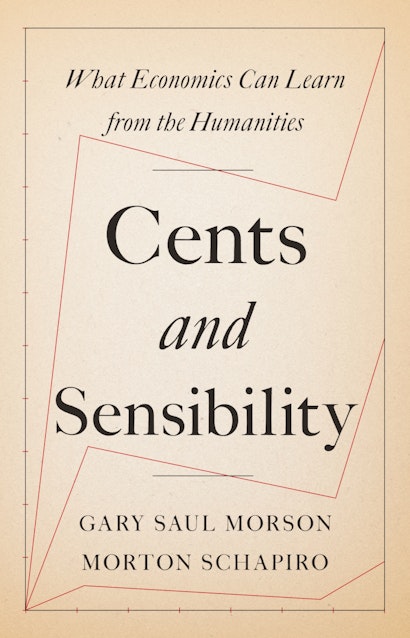 Economists often act as if their methods explain all human behavior. But in Cents and Sensibility, an eminent literary critic and a leading economist make the case that the humanities, especially the study of literature, offer economists ways to make their models more realistic, their predictions more accurate, and their policies more effective and just.

Gary Saul Morson and Morton Schapiro trace the connection between Adam Smith’s great classic, The Wealth of Nations, and his less celebrated book on The Theory of Moral Sentiments, and contend that a few decades later Jane Austen invented her groundbreaking method of novelistic narration in order to give life to the empathy that Smith believed essential to humanity.

Morson and Schapiro argue that Smith’s heirs include Austen, Anton Chekhov, and Leo Tolstoy as well as John Maynard Keynes and Milton Friedman. Economists need a richer appreciation of behavior, ethics, culture, and narrative—all of which the great writers teach better than anyone.

Cents and Sensibility demonstrates the benefits of a freewheeling dialogue between economics and the humanities by addressing a wide range of problems drawn from the economics of higher education, the economics of the family, and the development of poor nations. It offers new insights about everything from the manipulation of college rankings to why some countries grow faster than others. At the same time, the book shows how looking at real-world problems can revitalize the study of literature itself.

Original, provocative, and inspiring, Cents and Sensibility brings economics back to its place in the human conversation.

Gary Saul Morson is the Lawrence B. Dumas Professor of the Arts and Humanities and professor of Slavic languages and literatures at Northwestern University. His many books include Narrative and Freedom, "Anna Karenina" in Our Time, and The Words of Others: From Quotations to Culture. Morton Schapiro is the president of Northwestern University and a professor of economics. His many books include The Student Aid Game (Princeton). Morson and Schapiro are also the editors of The Fabulous Future?: America and the World in 2040. 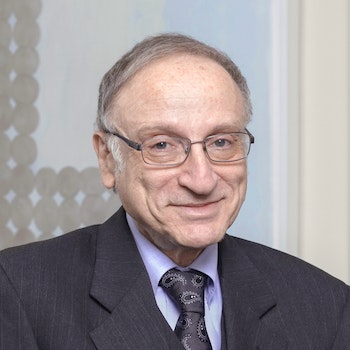 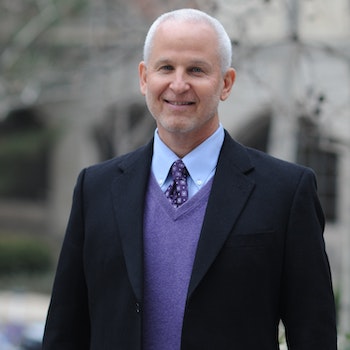 "Cents and Sensibility is a sweet contribution to the dialogue. Covering such topics as university admissions, child-rearing, organ harvesting and economic development, the chapters each analyze public questions first through economics, and then through literature. The conclusion is that economics—a hugely influential approach to studying human societies—isn't worth all that much without first understanding what it means to be human."—Deirdre McCloskey, Wall Street Journal

"Focusing mostly on integrating exposure to great realist novels (such as Anna Karenina, Middlemarch, and War and Peace) into economics education, the authors use three case studies on, respectively, higher education, the family, and the economic development of nations to make an insightful and compelling argument. Morson and Schapiro succeed in finding new ways of thinking about big issues as well as new ways to read classic novels. . . . The case studies read like popular nonfiction. There's immense joy to be found throughout this work on thinking with creativity and passion."—Publishers Weekly

"[Morson and Schapiro] suggest that economists could gain wisdom from reading great novelists, who have a deeper insight into people than social scientists do. Whereas economists tend to treat people as abstractions, novelists dig into the specifics. To illustrate the point, Morson and Schapiro ask, When has a scientist's model or case study drawn a person as vividly as Tolstoy drew Anna Karenina?"—Harvard Business Review

"With an eye toward Smith, Morson and Schapiro hope that the economists of today can rediscover a sense of the individual moral—not merely practical—encounters that make up our system of free exchange."—NewCriterion.com

"The authors use fresh and fascinating examples to bolster the oft-repeated claim that ethical considerations should be incorporated into the analysis of economists and policy makers. . . . Cents and Sensibility sends a powerful—and timely—message."—Glenn C. Altschuler, HuffPost

"Broadly, I agree wholeheartedly with the view that economics, narrowly understood as modelling and empirics, needs to be supplemented by careful attention to history, ideas and culture. This matters because important variables are unquantifiable; because people do not only take decisions on ‘economic' grounds; and because causes simply can never be identified by looking at macro data, which need narrative to make sense of the numbers. It also matters in a meta way. As this book argues, empathy is vital so researchers understand that some people think differently from them and are not bad or stupid for doing so: 'The narrower the set of values entertained and entertainable by our major educational institutions, the less empathetic they become to the population at large, and the more they wind up turning themselves into training grounds for one social group to maintain its pre-eminence.' A vital message for the academy in our times."—Enlightened Economist

"Their coverage is engaging in its breadth."—Choice

"[Morson and Schapiro] want economists to talk to people in the humanities. They think public policy could be improved by Tolstoy, infused with ethical sensibility. . . . This is a bracing, original work, remind us that economics was never supposed to be about the math but rather about the stories it tells about our lives."—Roger Lowenstein, The Washington Post

"The main argument of Morson and Schapiro’s Cents and Sensibility deserves enthusiastic support. Their intuition that there are enormous intellectual and moral gains to be had by increasing conversations between economists and humanities scholars is entirely correct, and that conversation should be encouraged both within the academy and outside of it."—Sarah Skwire, Journal of Markets & Morality

"In Cents and Sensibility, Morson and Schapiro argue persuasively that the vast intellectual gulf between economics and the humanities is a tragedy for all of us since it compromises our ability to understand some of the most important trends of our times. The authors show us that this divide is not inevitable: they show steps to close it."—Robert J. Shiller, Nobel Prize-winning economist and author of Irrational Exuberance

"An erudite but take-no-prisoners tour of our hyperspecialized academic world, Cents and Sensibility cleaves universities at their arthritic departmental joints—and mercilessly pokes some of the sorest spots. This book is welcome reading for scholars in all walks of intellectual life."—Philip E. Tetlock, coauthor of Superforecasting: The Art and Science of Prediction

"Enjoy this delightful book for its warmth, charm, and easy manner. But while you are doing that, you will find yourself learning a good deal about economics and the role of the humanities in today's world. Morson and Schapiro are a rare and valuable pair."—Michael S. McPherson, coauthor of Lesson Plan: An Agenda for Change in American Higher Education

"Cents and Sensibility offers an exciting approach to invigorating teaching and research in economics, one that will be controversial in a good way. Rather than using a snippet from a movie or song to illustrate an economic point, Morson and Schapiro advocate extended immersion in deep works of art to improve economic decision making."—Jonathan B. Wight, author of Ethics in Economics

"This highly original book makes a significant contribution to current debates in higher education. At a time when the sciences and humanities appear to be rivals, Morson and Schapiro propose mutually beneficial cooperation between them. Cents and Sensibility makes the case that economics can learn from the insights of a central field in the humanities, literary studies; at the same time, the book offers a new, thought-provoking approach to literature."—Thomas Pavel, author of The Lives of the Novel