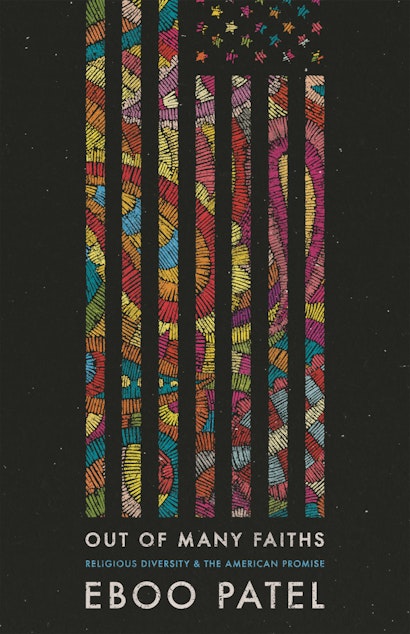 America is the most religiously devout country in the Western world and the most religiously diverse nation on the planet. In today’s volatile climate of religious conflict, prejudice, and distrust, how do we affirm the principle that the American promise is deeply intertwined with how each of us engages with people of different faiths and beliefs? Eboo Patel, former faith adviser to Barack Obama and named one of America’s best leaders by U.S. News & World Report, provides answers to this timely and consequential question.

In this inspiring and thought-provoking book, Patel draws on his personal experience as a Muslim in America to examine broader questions about the importance of religious diversity in the cultural, political, and economic life of the nation. He explores how religious language has given the United States some of its most enduring symbols and inspired many of its most vital civic institutions—and demonstrates how the genius of the American experiment lies in its empowerment of people of all creeds, ethnicities, and convictions.

Will America’s identity as a Judeo-Christian nation shift as citizens of different backgrounds grow in numbers and influence? In what ways will minority religious communities themselves change as they take root in American soil? In addressing these and other questions, Patel shows how America’s promise is the guarantee of equal rights and dignity for all, and how that promise is the foundation of America’s unrivaled strength as a nation. The book also includes incisive commentaries by John Inazu, Robert Jones, and Laurie Patton on American civil religion, faith and law, and the increasing number of nonreligious Americans.

Eboo Patel is founder and president of Interfaith Youth Core, a nonprofit organization that promotes interfaith leadership on college campuses. He is the author of Interfaith Leadership: A Primer; Sacred Ground: Pluralism, Prejudice, and the Promise of America; and Acts of Faith: The Story of an American Muslim, the Struggle for the Soul of a Generation. He lives in Chicago. 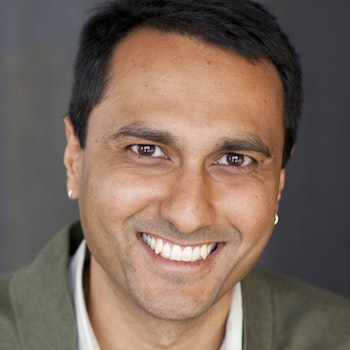 "Building on his prowess as an interfaith pioneer in American colleges, Patel offers a vision of pluralism that aims to guard against religious preference and particularism, advances everyday ethics, and invites Americans of many religious persuasions into civic participation. . . . Readers will be rewarded with Patel’s rich perspective on religious diversity in America as he champions the strength of its civic identity and the possibility of religious pluralism in the years to come."—Publishers Weekly, starred review

"Patel provides a thoughtful and passionate response to contemporary social and civic ills grounded in his experience as a Muslim American. . . . For a compelling portrait of pluralistic optimism in the early decades of the twenty-first century, sociologists of religion in America could ask for no better primary source."—Elizabeth Dolfi, Sociology of Religion

"Patel portrays civil religion as a potluck supper where the food on the table diversifies and palate widens as demographics change but lately from the countryside to the inner city, the unchanging inventory of food items placed on top of grocery store shelves and behind a fast food restaurant counters feeds Americans."—Sher Afgan Tareen, Politics, Religion, & Ideology

“One of America’s deepest thinkers on religion and the human condition.”—U.S. News & World Report

“Eboo Patel is a true hero of the interfaith movement of America and, at a critical time in our national history, he continues his active work building bridges between cultures and religions. Read him and applaud his efforts.”—Ambassador Akbar Ahmed, American University, Washington, DC

“Eboo Patel is a national treasure. Curious, open, and hopeful, he is a careful observer of his own experience, a diligent student of the American project, and an intellectual committed to getting his hands dirty. Patel is the best of what this country makes: a person of faith with a heart as big as his mind.”—Ayad Akhtar, Pulitzer Prize–winning author of Disgraced

“Out of Many Faiths is timely, well‐crafted, concise, and beautifully written. It is a powerful book that I hope is read widely and sparks many conversations, both public and private, about the state of religious diversity in the contemporary United States.”—David E. Campbell, coauthor of Seeking the Promised Land: Mormons and American Politics

“In this brilliant book, an ardent Muslim American documents our long American commitment to religious pluralism—from Jefferson, Franklin, and Washington to Barack Obama—and asks what it will take for this bold experiment to thrive as we become more diverse than ever. Essential reading for today’s citizens.”—Diana Eck, professor of religion, Harvard University, and director of the Pluralism Project

“In times like these, when ignorance seems to be banishing our nature’s better angels from an increasingly rancorous public square, it is easy to despair. Patel sees the nativism, racism, and religious bigotry now trampling across American society, but he refuses to take his eye off the promises American citizens have made to themselves. He makes a gloriously unapologetic case for such old-fashioned American values as empathetic citizenship and religious pluralism.”—Stephen Prothero, author of God Is Not One: The Eight Rival Religions That Run the World

“Eboo Patel is a visionary figure in America’s struggle with pluralism, religious and otherwise, and has been a tireless force for meaningful change on college campuses. With this book, we experience the sweep of his intellect and perspective. This is a field guide to the critical territory we have traversed in this eventful, young century, and to the path that lies before us if we are to rise to our promise as a nation.”—Krista Tippett, founder and CEO of the On Being Project

“Out of Many Faiths is a passionate response to the anti-Muslim, anti-immigrant, racist white nationalism that so deeply afflicts our nation. Eboo Patel draws from American history and personal experience to argue that we can rise above these hurtful dysfunctions—indeed, that we must if we are to be the successful experiment in democracy that our founders envisioned.”—Robert Wuthnow, author of The Left Behind: Decline and Rage in Rural America