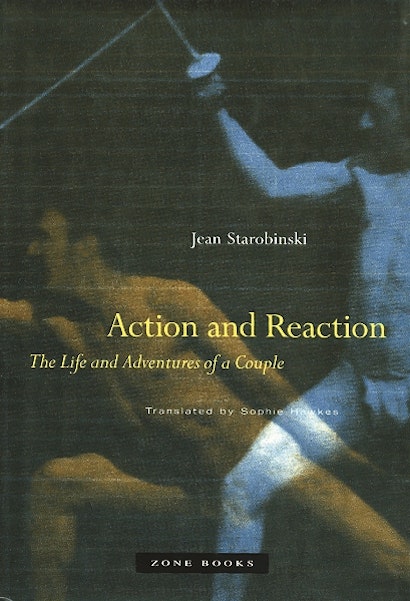 What is meant by reactionary politics? What do biologists mean when they speak of the interaction between life and its surroundings? Why was the term “abreaction” invented and later abandoned by the first generation of psychoanalysts? These are but a few of the questions the internationally renowned scholar Jean Starobinski answers in his latest work on the conceptual history of the words “action” and “reaction.”

Not just a history of ideas, Action and Reaction is also a semantic and philological history, a literary history, a history of medicine, and a history of the biological sciences. Concentrating especially on the moment when scientific language and ordinary language diverge, the author offers a genealogy of the human and natural sciences through their usage of the metaphors action and reaction.

Newton’s theorem “to every action an equal action is always opposed,” stands as a point of departure for Starobinski’s exploration of the lexical and metaphorical traces this proposition left in its wake. With stunning clarity, the author analyzes the scientific, literary, and political effects of the terms action / reaction in describing and explaining the material universe, the living body, the events of history, and psychological behavior.

Ultimately, the book explores the power and danger of metaphorical language and questions the convergence and collapse of scientific and moral explanations of the universe.

"The breadth of scholarship is impressive."—Publisher's Weekly