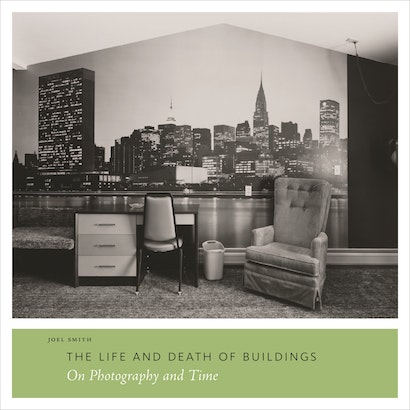 Buildings inhabit and symbolize time, giving form to history and making public space an index of the past. Photographs are made of time; they are literally projections of past states of their subjects. This visually striking meditation on architecture in photography explores the intersection between these two ways of embodying the past. Photographs of buildings, Joel Smith argues, are simultaneously the agents, vehicles, and cargo of social memory.

In The Life and Death of Buildings photographers as canonical as Bernd and Hilla Becher, Laura Gilpin, Lewis W. Hine, and William Henry Fox Talbot enter into visual dialogue with amateurs, architects, propagandists, and insurance adjusters. Rather than examine photographers’ aims in isolation, Smith considers how their images reflect and inflect the passage of time. Much as a building’s shifting function and circumstances substantially alter its significance, a photograph comes to be coauthored by history, growing layers of meaning to which its maker had no access.

Joel Smith is the Peter C. Bunnell Curator of Photography at the Princeton University Art Museum. His previous publications include Edward Steichen: The Early Years and Saul Steinberg: Illuminations.