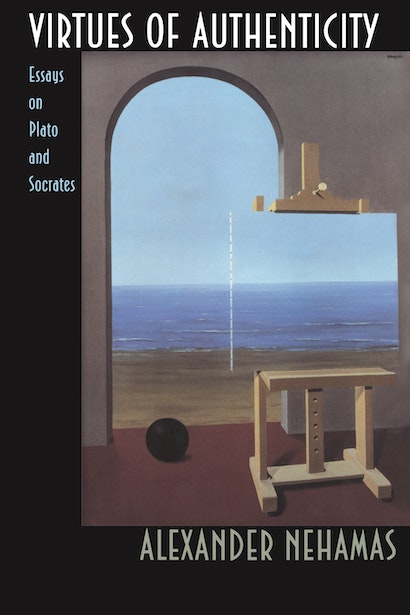 The eminent philosopher and classical scholar Alexander Nehamas presents here a collection of his most important essays on Plato and Socrates. The papers are unified in theme by the idea that Plato’s central philosophical concern in metaphysics, ethics, and aesthetics was to distinguish the authentic from the fake, the original from its imitations. In approach, the collection displays Nehamas’s characteristic combination of analytical rigor and sensitivity to the literary form and dramatic effect of Plato’s work. Together, the papers represent Nehamas’s distinct and original contributions to scholarship on Plato and Socrates and serve as a comprehensive introduction to the thought of these two philosophers.


In the book’s opening section, Nehamas discusses Plato’s representation of Socrates as a model of authentic human goodness, showing that Plato’s Socrates is a more skeptical, troubling, and individualistic thinker than is usually supposed. The papers in the second section form a sustained defense of a new and important understanding of Plato’s theory of the forms and the evolution of that theory in Plato’s later writings. The third section examines Plato’s contention that popular entertainment — by which he meant Greek epic and tragic poetry — misleads its audience into a debased life, an argument Nehamas relates to modern anxieties about television and other forms of popular culture. The collection also includes a discussion of Plato’s use of the dialogue form in his representation of Socrates and carefully examines the combination of literary and philosophical elements in his work.


Nehamas argues in the book that Plato’s specific judgments of what is authentic are often flawed, but that his idea of authenticity as the mark of truth, beauty, and goodness is stronger than many modern scholars have assumed. In drawing together Nehamas’s many influential ideas about Plato and Socrates, Virtues of Authenticity is a major contribution to the study of ancient Greek philosophy.

Alexander Nehamas is Edmund N. Carpenter II Class of 1943 Professor in the Humanities, Professor of Philosophy, and Profes-sor of Comparative Literature at Princeton University. He is the author of Nietzsche: Life as Literature and The Art of Living: Socratic Reflections from Plato to Foucault. With Paul Woodruff, he translated and introduced Plato's Symposium and Plato's Phaedrus. With David J. Furley, he coedited Aristotle's Rhetoric: Philosophical Essays.