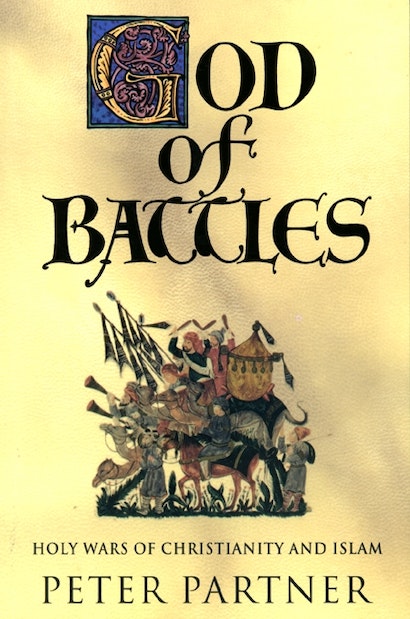 What makes a war “holy,” and who decides that it is? God of Battles examines the origins of holy war, and how it affects the modern world. Peter Partner shows how the ideal of the crusade, “God’s War,” came to permeate medieval Christendom, and how it influenced later Western societies, especially in their attitudes to colonialism. Above all, this book examines the reasons behind the fear that Islamic fundamentalism excites in the West. From the pre-Christian era to the Gulf War, this book places the jihad of the East and the Crusade of the West in their historical context, and warns against allowing crusading war propaganda to affect our judgments today.

Peter Partner worked for many years as a journalist for The Observer (for whom he wrote the leading article in the first week of the Suez Crisis) and The Economist, among other publications. His books include The Lands of St. Peter: The Papal State in the Middle Ages, The Murdered Magicians: The Templars and Their Myth, and The Pope's Men: The Papal Civil Service in the Renaissance.

"The best part of this excellent book concerns the shifting traditions of Islam in the nineteenth and twentieth century.... This is the only book I have read that comes to a fair and intelligent judgement on the Ayatollah Khomeini."—Andrew Wheatcroft, Sunday Times

"Partner writes with impressive sensitivity towards the subjects he is discussing. He is aware of the need to view different situations in their own contexts.... This book replaces caricature with a sympathetic, though not unduly flattering portrait."—David Edgar, Irish Times

"[Peter Partner] is just the man to provide a rational examination of the past ... a healthy antidote to the customary media debates about 'terrorism.'"—Richard Gott, Literary Review