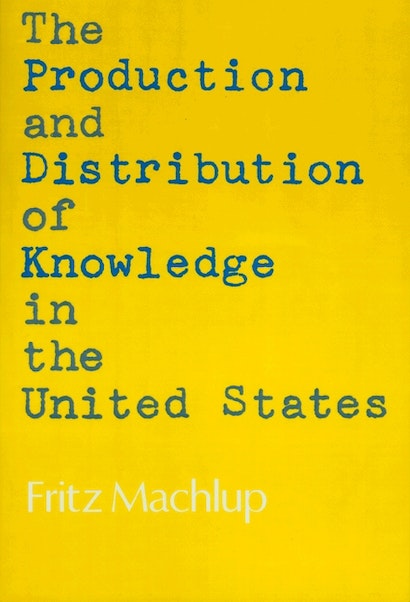 
Machlup’s cool appraisal of the data showed that the knowledge industry accounted for nearly 29 percent of the U.S. gross national product, and that 43 percent of the civilian labor force consisted of knowledge transmitters or full-time knowledge receivers. Indeed, the proportion of the labor force involved in the knowledge economy increased from 11 to 32 percent between 1900 and 1959 — a monumental shift.


Beyond documenting this revolution, Machlup founded the wholly new field of information economics. The transformation to a knowledge economy has resonated throughout the rest of the century, especially with the rise of the Internet. As two recent observers noted, “Information goods — from movies and music to software code and stock quotes — have supplanted industrial goods as the key drivers of world markets.” Continued study of this change and its effects is testament to Fritz Machlup’s pioneering work.