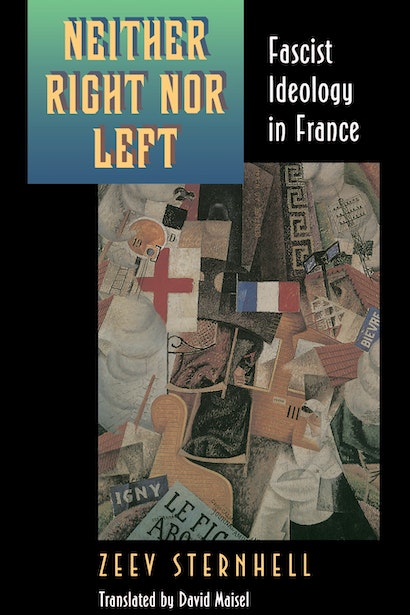 “Few books on European history in recent memory have caused such controversy and commotion,” wrote Robert Wohl in 1991 in a major review of Neither Right nor Left. Listed by Le Monde as one of the forty most important books published in France during the 1980s, this explosive work asserts that fascism was an important part of the mainstream of European history, not just a temporary development in Germany and Italy but a significant aspect of French culture as well. Neither right nor left, fascism united antibourgeois, antiliberal nationalism, and revolutionary syndicalist thought, each of which joined in reflecting the political culture inherited from eighteenth-century France. From the first, Sternhell’s argument generated strong feelings among people who wished to forget the Vichy years, and his themes drew enormous public attention in 1994, as Paul Touvier was condemned for crimes against humanity and a new biography probed President Mitterand’s Vichy connections. The author’s new preface speaks to the debates of 1994 and reinforces the necessity of acknowledging the past, as President Chirac has recently done on France’s behalf.

Zeev Sternhell is Leon Blum Professor of Political Science at the Hebrew University of Jerusalem and the author, with Mario Sznajder and Maia Asheri, of The Birth of Fascist Ideology: From Cultural Rebellion to Political Revolution.

"The issues raised by Sternhell's extraordinary book have rarely been so rigorously and systematically presented. His argument may be summed up in a single statement: the penetration of fascism into French society, particularly among the intellectuals, was far deeper than historians since the war have recognized. . . . The immense documentation he has collected, the force of his argument, the audacity and the sweep of his project, the courage with which he has thrown light upon some of the darkest regions of the French past—all this is an important step in a reappraisal without which the historical consciousness of France may not be able to face this past in its full import. . . ."—Saul Friedländer, The New Republic

"In Neither Right Nor Left Sternhell seeks to show that France, instead of remaining impermeable to the political culture of fascism, was its seedbed. . . . He has refined a highly controversial, though far from implausible, interpretation of the roots of European fascism."—Richard Wolin, Dissent

"Few books on European history in recent memory have caused such controversy and commotion. . . . Sternhell has reconstructed and documented as no one before him the emergence and organizational development of a revolutionary right during the years before 1914. . . . Muscular in its arguments, courageous in its opinions, meticulous in its documentation, [this book] lays down an interpretative challenge that no future study of French culture and politics in the 1930s will be able to ignore."—Robert Wohl, Journal of Modern History