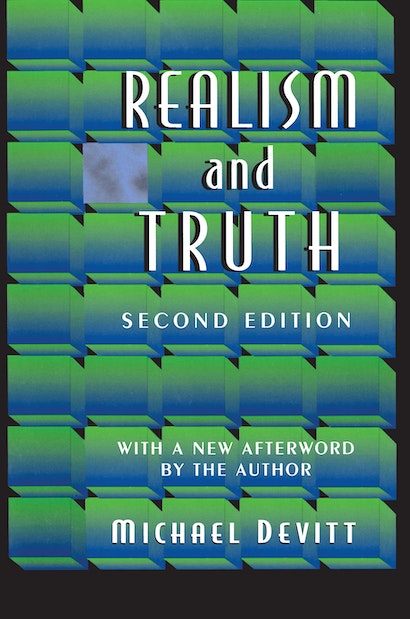 In this provocative and wide-ranging book, Michael Devitt argues for a thoroughgoing realism about the common-sense and scientific physical world, and for a correspondence notion of truth. Furthermore, he argues that, contrary to received opinion, the metaphysical question of realism is distinct from, and prior to, any semantic question about truth. The book makes incisive responses to Putnam, Dummett, van Fraassen, and other major anti-realists. The new afterword includes an extensive discussion of the metaphysics of nonfactualism, and new thoughts on the need for truth and on the determination of reference.

Michael Devitt is Professor of Philosophy at the University of Maryland. He is the author of Designation and Coming to Our Senses: A Naturalistic Program for Semantic Localism, and coauthor, with Kim Sterelny, of Language and Reality: An Introduction to the Philosophy of Language.

"With this worthwhile second edition, Devitt's voice remains one of the most important and distinctive in the arena of contemporary metaphysics-it is too loud and too clear to be ignored."—John Divers, The Philosophical Quarterly

"A wide-ranging examination of several central issues in metaphysics, philosophy of language, epistemology, and philosophy of science. Realism and Truth is well worth reading. Devitt writes with clarity and sophistication, and his book is sure to ruffle some anti-realist feathers."—Philip Gasper, Philosophical Review

"This book is highly recommended for those who want to break into the current realism/anti-realism debate. . . . An ideal text for those teachers who want to give their students a 'map of the territory.'"—Patrick Madigan, The Review of Metaphysics