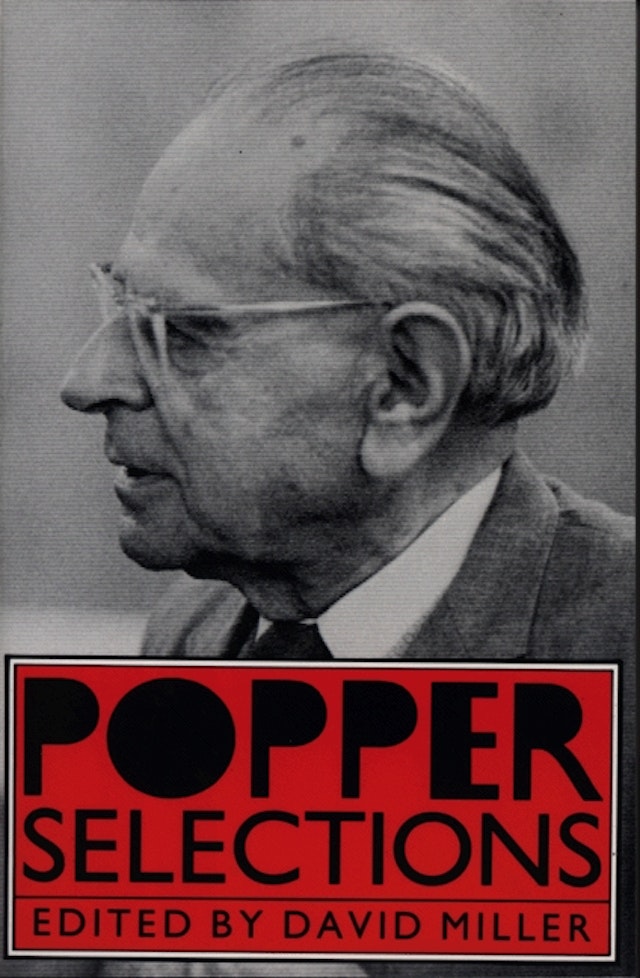 These excerpts from the writings of Sir Karl Popper are an outstanding introduction to one of the most controversial of living philosophers, known especially for his devastating criticisms of Plato and Marx and for his uncompromising rejection of inductive reasoning. David Miller, a leading expositor and critic of Popper’s work, has chosen thirty selections that illustrate the profundity and originality of his ideas and their applicability to current intellectual and social problems. Miller’s introduction demonstrates the remarkable unity of Popper’s thought and briefly describes his philosophy of critical rationalism, a philosophy that is distinctive in its emphasis on the way in which we learn through the making and correcting of mistakes.

Popper has relentlessly challenged both the authority and the appeal to authority of the most fashionable philosophies of our time. This book of selections from his nontechnical writings on the theory of knowledge, the philosophy of science, metaphysics, and social philosophy is imbued with his emphasis on the role and by reason in exposing and eliminating the errors among them.

"The introduction is an excellent short summary of Popper'sideas, and the selections themselves are exciting andrepresentative of Popper's wide range of accomplishments."—Burleigh Wilkins, University of California, Santa Barbara