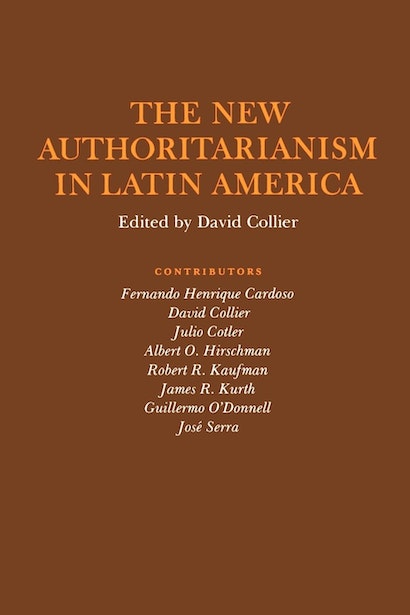 While one of the most important attempts to explain the rise of authoritarian regimes and their relationship to problems of economic development has been the “bureaucratic-authoritarian model,” there has been growing dissatisfaction with various elements of this model. In light of this dissatisfaction, a group of leading economists, political scientists, and sociologists was brought together to assess the adequacy; of the model and suggest directions for its reformulation. This volume is the product of their discussions over a period of three years and represents an important advance in the critique and refinement of ideas about political development.


Part One provides an overview of the issues of social science analysis raised by the recent emergence of authoritarianism in Latin America and contains chapters by David Collier and Fernando Henrique Cardoso. The chapters in Part Two address the problem of explaining the rise of bureaucratic authoritarianism and are written by Albert Hirschman, Jose Serra, Robert Kaufman, and Julio Coder. In Part Three Guillermo O’Donnell, James Kurth, and David Collier discuss the likely future patterns of change in bureaucratic authoritarianism, opportunities for extending the analysis to Europe, and priorities for future research. The book includes a glossary and an extensive bibliography.

"This is an admirable set of essays. . . . One wishes that other conceptualizations in political development would be subjected to the same degree of scrutiny by scholars of this quality."—The Review of Politics