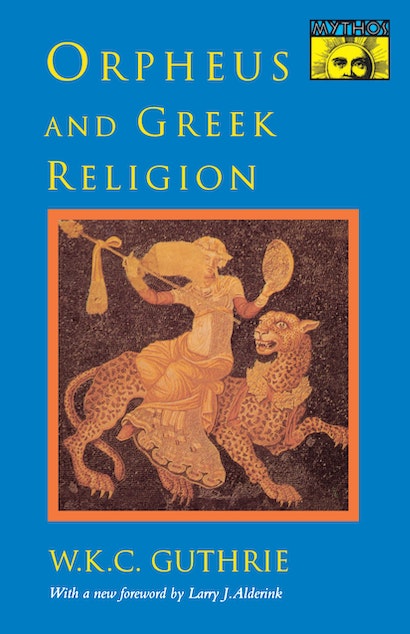 The tales told of Orpheus are legion. He is said to have been an Argonaut — and to have saved Jason’s life. Rivers are reported to have stopped their flow to listen to the sounds of his lyre and his voice. Plato cites his poetry and Herodotus refers to “practices that are called Orphic.” Did Orpheus, in fact, exist? His influence on Greek thought is undeniable, but his disciples left little of substance behind them. Indeed, their Orphic precepts have been lost to time.


W.K.C. Guthrie attempts to uncover and define Orphism by following its circuitous path through ancient history. He tackles this daunting task with the determination of a detective and the analytical rigor of a classical scholar. He ferries his readers with him on a singular voyage of discovery.

W.K.C. Guthrie was Professor of Classics at Cambridge University. His books include the six-volume History of Classical Philosophy (Cambridge) and The Greeks and their Gods (Methuen).

"Absolutely indispensable. . . . written for both scholars and general readers. It is admirably lucid and well-organized, and is fully accessible—indeed, fascinating—for anyone interested in the ancient world."—David Ulansey, Boston University