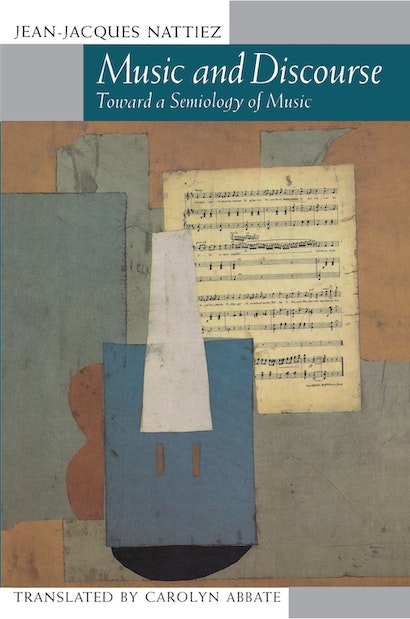 In this book Jean-Jacques Nattiez, well-known for his pioneering work in musical semiology, examines both music, and discourse about music, as products of human activity that are perceived in varying ways by various cultures. Asking such questions as “what is a musical work” and “what constitutes music,” Nattiez draws from philosophy, anthropology, music analysis, and history to propose a global theory for the interpretation of specific pieces, the phenomenon of music, and the human behaviors that music elicits. He reviews issues raised by the notion of the musical sign, and shows how Peircian semiotics, with its image of a chain or web of meanings, applies to a consideration of music’s infinite and unstable potential for embodying meaning.


In exploring the process of ascribing meaning to music, Nattiez reviews writings on the psychology of music, non-Western metaphorical descriptions, music-analytical prose, and writings in the history of musical aesthetics. A final analytical chapter on the Tristan chord suggests that interpretations of music are cast in terms of analytical plots shaped by transcendent principles, and that any semiological consideration of music must account for these interpretive narratives.