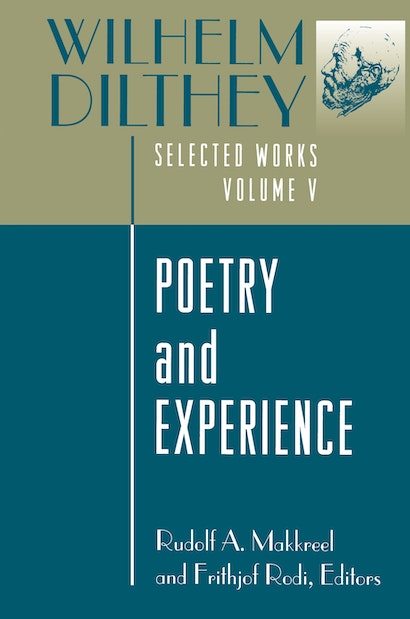 This is the fifth volume in a six-volume translation of the major writings of Wilhelm Dilthey (1833-1911), a philosopher and historian of culture who has had a significant, and continuing, influence on twentieth-century Continental philosophy and in a broad range of scholarly disciplines. In addition to his landmark works on the theories of history and the human sciences, Dilthey made important contributions to hermeneutics and phenomenology, aesthetics, psychology, and the methodology of the social sciences.


This volume presents Dilthey’s principal writings on aesthetics and the philosophical understanding of poetry, as well as representative essays of literary criticism. The essay “The Imagination of the Poet” (also known as his Poetics) is his most sustained attempt to examine the philosophical bearings of literature in relation to psychological and historical theory. Also included are “The Three Epochs of Modern Aesthetics and its Present Task,” “Fragments for a Poetics,” and two final essays discussing Goethe and Hölderlin. The latter are drawn from Das Erlebnis und die Dichtung, a volume that was acclaimed on publication as a classic of literary criticism and that continues to be a model for the geistesgeschichtliche approach to literary history.