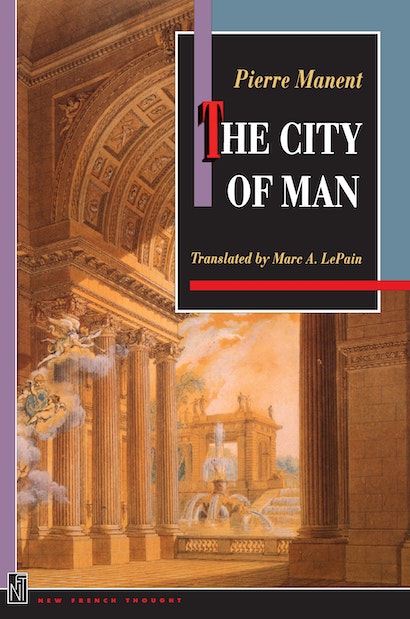 The “City of God” or the “City of Man”? This is the choice St. Augustine offered 1500 years ago — and according to Pierre Manent the modern West has decisively and irreversibly chosen the latter. In this subtle and wide-ranging book on the Western intellectual and political condition, Manent argues that the West has rejected the laws of God and of nature in a quest for human autonomy. But in declaring ourselves free and autonomous, he contends, we have, paradoxically, lost a sense of what it means to be human.


In the first part of the book, Manent explores the development of the social sciences since the seventeenth century, portraying their growth as a sign of increasing human “self-consciousness.” But as social scientists have sought to free us from the intellectual confines of the ancient world, he writes, they have embraced modes of analysis — economic, sociological, and historical — that treat only narrow aspects of the human condition and portray individuals as helpless victims of impersonal forces. As a result, we have lost all sense of human agency and of the unified human subject at the center of intellectual study. Politics and culture have come to be seen as mere foam on the tides of historical and social necessity.


In the second half of the book, titled “Self-Affirmation,” Manent examines how the West, having discovered freedom, then discovered arbitrary will and its dangers. With no shared touchstones or conceptions of virtue, for example, we have found it increasingly hard to communicate with each other. This is a striking contrast to the past, he writes, when even traditions as different as the Classical and the Christian held many of these conceptions in common.


The result of these discoveries, according to Manent, is the disturbing rootlessness that characterizes our time. By gaining autonomy from external authority, we have lost a sense of what we are. In “giving birth” to ourselves, we have abandoned that which alone can nurture and sustain us. With penetrating insight and remarkable erudition, Manent offers a profound analysis of the confusions and contradictions at the heart of the modern condition.

Pierre Manent is Directeur d'études at l'Ecole des hautes études en sciences sociales in Paris. He was formerly an assistant to Raymond Aron at the College de France and managing editor of Commentaire.

"[Manent's] book is probably the most relentless assault on modernity to appear in many years. It is in many ways a brilliant book."—Peter Berger, The Wall Street Journal

"Working within a framework that sees the modern project as a sustained attempt to abolish the question of 'man' and replace it with 'history,' Manent breathes new life into the debate between ancients and moderns."—The Review of Politics

"Certainly a word of thanks is due to the editors of the New French Thought series, and to Marc A. LePain, the translator of this volume, for making available to an American audience a work of such challenging clarity and depth."—Dianna Schaub, The Washington Times

"Manent is perhaps the brightest light in a new generation of French intellectuals."—Russell Hittinger, First Things

"More than simply an intellectual history of liberalism. . .[this is also] a powerful and impassioned analysis of modernity. . . . [Manent] writes with a gallic charm or with an esprit de finesse that is able to convey philosophical richness as well as be a good read."—Steven B. Smith, Yale University