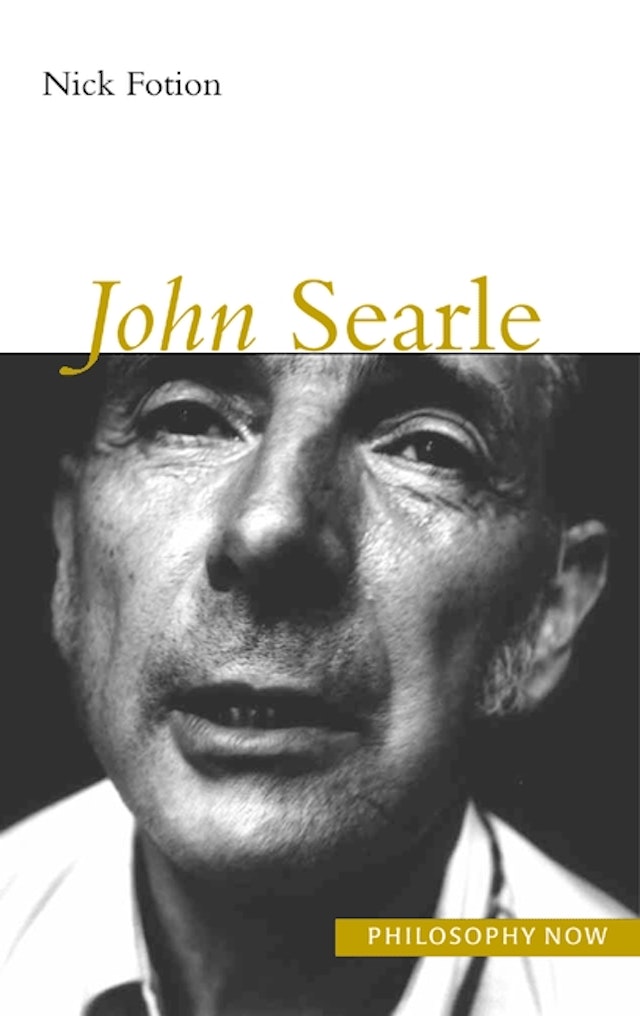 One of the world’s most important philosophers of mind and language, John Searle (b. 1932) is direct, combative, and intellectually ambitious. His philosophy has made fundamental and lasting contributions to how we think about speech, consciousness, knowledge, truth, and the nature of social reality. Here, with remarkable clarity, a leading authority introduces students and generalists to those contributions.

Nick Fotion explains Searle’s ideas in full, while also testing and exploring their implications. He first takes up Searle’s philosophy of language, examining how Searle treats speech acts and thinks about the metaphorical use of language. Next, the book sketches Searle’s philosophy of mind, including his claims for intentionality and for the centrality of consciousness. This discussion highlights Searle’s argument that the mind possesses a subjective character that materialist explanations (including behaviorism and strong artificial intelligence) cannot contain. The author goes on to look at Searle’s later writings on the construction of social reality — work that mounts a sophisticated but plainly stated case against deconstructionist, skeptical, and relativistic accounts.

Concluding with general reflections on Searle’s position vis-à-vis ontology and epistemology, this book is the first to assess and identify common themes and approaches in the whole range of his extensive thought. In doing so, it presents Searle’s extremely influential work for the first time as a coherent philosophy.

Nick Fotion is Professor of Philosophy at Emory University. He is the author of Moral Situations and Military Ethics: Looking Toward the Future, coauthor of Military Ethics and Toleration, and coeditor of Hare and Critics: Essays on "Moral Thinking."

"This book presents a generally accurate and well-organized overview of Searle's philosophical work at a level that is suitable for upper-division undergraduates or beginning graduate students. The greatest virtue of the book is its clarity and responsible presentation of the material. There is no competing book on the market, and there will be demand due to the general interest in Searle's work not only among philosophers but also among literary theorists, art historians, and a broader range of humanist scholars."—Sean D. Kelly, Princeton University